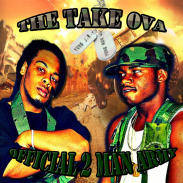 The group known as The Official 2 Man Army consist of two Mc’s there genre of music consist of rap/hip hop. The group The Official 2 Man Army came together in the year of 2005. The group was formed when Young R and Young Ron met in middle school and began to play drums together in a local community marching band. During that time they started to write lyrics and later formed a group for which was previously known as the Re Upp Gang for which did include a third R&B artist known as Naquan but later during future recordings he decided to go solo and leave the group.
The group was introduced to Kinard Music Management the CEO of this company is known as Jacob W Anderson II this was about six months after the group began writing and recording music. Jacob took the group in meetings gave them the knowledge to what they needed to know about the music industry and what they need to do to achieve their goals. During that time the group began to perform in various locations locally at community centers, teen parties, as well as established clubs. This helped the group to form a connection with the community and their peers for which they became well known as The Official 2 Man Army.
In continued efforts to further promote the groups music they formed a music page on www.theofficial2manarmy.com. They have performed at the Tampa Bay Idols Show, Headliner Show at Club 112 Tampa, FL, The Atrium of Clearwater, FL and a Dance Contest at Studio Inc Tampa, FL for which they received a standing ovation for their performance. They also have done Charity performances for New Life Foundation to help raise money for children in Haiti. They did a film début to educate and help prevent teen domestic violence. The group has completed an album titled “The Take Ova” with their hit single titled “Sanchezz Wit It” featuring Third World. They are currently working on new music for a soundtrack for a Movie called “Wisdom Of Solomon” with Urban Filmz a domestic violence awareness project. The have a parent company called “Armor Down” Protect, Educate, and Break Free! This a Support Group for teens to fight against Aids, teen domestic violence, and unplanned parenthood. They work hard doing fundraisers and talk with their peers hoping to make a change in the community one step at a time. The group is doing local radio, internet radio and TV performances. The group has ringtones for their songs in over 90 cell phone carriers nationwide and There album is live in all the online stores. I-Tunes, Rhapsody, ect... They performed in over a 150 shows in 2009 Also did a promo tour for the release of their new album on April of 2010. The Official 2 Man Army worked with MB Promotionz as their tour manager and street team promoter. The group made history with doing 9 shows in Tampa, FL in different club every night together taking over the Tampa Bay area featuring 11 local artists with them on the tour. The Producer for The Take Ova track for the album was Big One Beats aka Benard Williams. This Song has been performed and won many showcase competitions and made a statement nationally taking fans to a new level.
They were first place winners of the 2009 Bay To Bay Idol and were nominated for the 2010 A&R Music Awards for Artist Of The Year and They did receive an Award on Jan. 24th 2010 at Club Skye. The Official 2 Man Army has been Featured in the Florida Sentinel, TBT, St. Petersburg Times, No Paper No Pens Reality Show, Wired Radio of Orlando, FL 91.5 FM. PhatTv10.com, Street Hustlerz Magazine, Rhythm n’ Hues Show, The Motown Maurice Show, Dj Shorte E Show, Southern Muscle Radio, Abuncha Thugs Radio, Mota Hip Hop Radio, Wreckin The Game Ent. Dj Smellsogood! The group is also being featured in an upcoming film called "Sunshine" for which Young Jr is playing a main character called ‘Streetz” and Young Ron is a MC the film will be released in early winter of ‘2010. They have worked with Charles King who is A&R for the independent artist takeover who has been an inspiration, a supporter, and an Industry Consultant for the group. The Official 2 Man Army is supported by the Sucker Proof Family, Street Connect DJ’s, Future Star DJ’s, Xsquad DJ’s, and Core DJ’s. A shout out to all the all the people that always believed in us and to Jeda “A Place For Hope Inc., Boss Play Entertainment, See Me Rollin aka Reggie and Sythgod aka Wiz for Co-Producing the “I Crank” track with The Official 2 Man Army for which did win a first place Hip-Hop competition and for showing love and supporting our journey to the top. But most of all praises to GOD above for always having our back and making miracles happen.

Ahuva Baginski said…
Hello dear, friend compliments of the day,Happy to get together with you,
My name is Shelly , I'm a Soldier from Israel. Please let not my profession,
race or nationality inch your mind, I came across your profile and became
interested in you, I will like to be your friend, can we talk about
friendship and business ?,its not what we can discus here on this site;
Please write me on my private email,
:::  ahuva500@aol.com :::
i will be waiting for your message.
Ahuva Baginski
thanks You

Beimuzik wu furmigueiru said…
save my bro how's the rush, rhyming too! 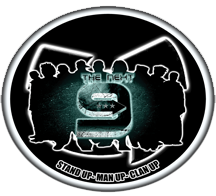 Red Ribbon
JUST SEEING YALL WELCOME TO THE SITE.
From the Gift Store