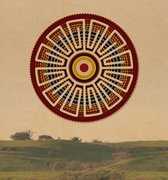 For thousands of years, through deep inner inquiry, philosophers and sages have came to the realization that there is only one substance and we are therefore all part of it. This substance can be called Awareness, Consciousness, Spirit, Advaita, Brahman, Tao, Nirvana or even God. It is constant, ever present, unchangeable and is the essence of all existence.

In the last century Western scientists are arriving at the same conclusion: The universe does indeed comprise of a single substance, presumably created during the Big Bang, and all sense of being - consciousness - subsequently arises from it. This realization has ontological implications for humanity: fundamentally we are individual expressions of a single entity, inextricably connected to one another, we are all drops of the same ocean.

Through billion-dollar science experiments and well-practiced deep meditation, humanity has come to a unified conclusion: that we are all one consciousness experiencing itself through several billion separate perspectives. The intent of this event is that you realize the implications of this conclusion and that you consider the effectiveness of a non-dualistic approach to this life experience.

1. Respect the sacred space. Illegal substances are strictly prohibited and we mean it. Any signs of public intoxication are grounds for immediate removal without refund.
2. Presales only. There will be no cash box at the door and you MUST be on the list to be granted entry.
3. Have fun. Thats what you came for.
4. Follow the directions sent to your email (presale buyers only).

RSVP for Fractaltribe Presents ::Science and Spirituality:: to add comments!