Young Goats - "Take You With Me" 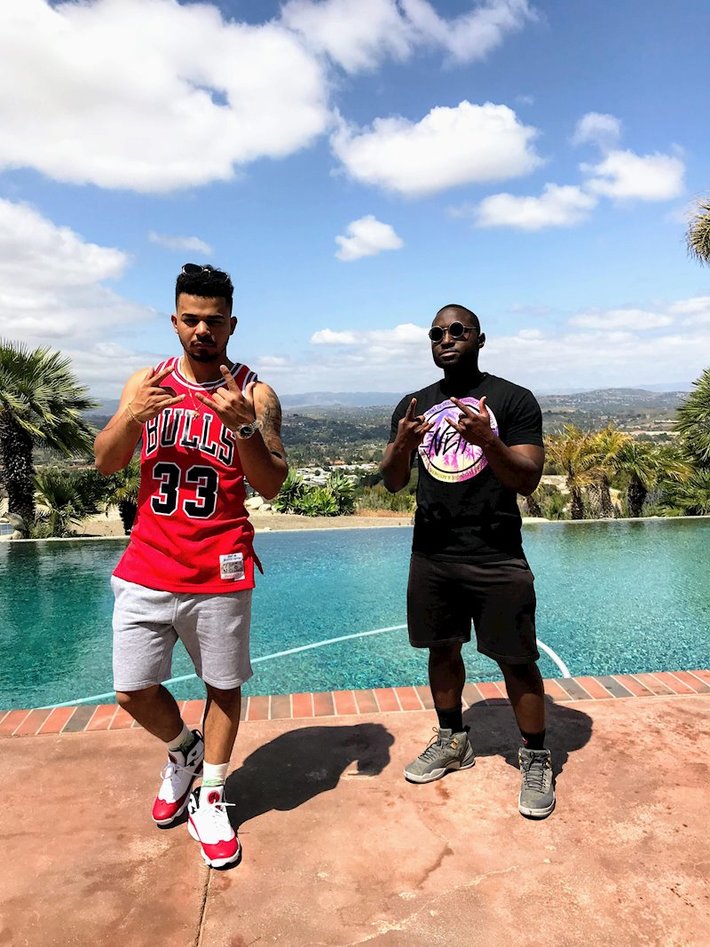 Young Goats' full-length album "Goat Life Vol. 1" was released on June 14. Watch the new music video for for "Take You With Me" (released Aug 10), featuring Young Suave and Goatey living their best 'Goat Life', via Youtube. Produced by Global Films.

The songs on the album have an 'island' theme, which really gives the overall feel like you’re hanging out at a dance party on the beach with palm trees swaying in the background.

"This Tape is a Summer tape with lot of pop and dancehall songs with hip hop too. We use a variety of beats from EDM, Dancehall, to even House, as well as regular Hip-Hop or Pop beats. This tape is for people to listen to and have fun with while also having meaning behind the songs."