Boston, MA – August 12, 2019 – Massachusetts native and current college student, Scott Isbell, has released his brand new single “Let’s Go Bruins” just in time to whip the Boston Bruins back into shape before game 2 of the Stanley Cup Playoffs against the Toronto Maple Leafs.  Isbell is currently pursuing a master’s degree in a combined MBA program through Berklee College of Music and Southern New Hampshire University.  A 2017 graduate of Emerson College, Isbell has since been touring with the Wu-Tang Clan and producing new music including an upcoming album with Cappadonna from the Wu-Tang Clan.  On top of that, Isbell is the rap group’s first ever pop signee.

A Boston Bruins fan since birth, Isbell wrote “Let’s Go Bruins” as “A way to bring the Boston community together,” Isbell said.  “I have played hockey my entire life and I played junior hockey and varsity in prep school and I wanted to combine my love for the Bruins and hockey and put it into something musical,” Said Isbell. “Let’s Go Bruins” is available on all digital retailers worldwide including iTunes and Spotify.  Isbell hopes that the Boston community will embrace his new song that he says he did it all for his love for Boston. 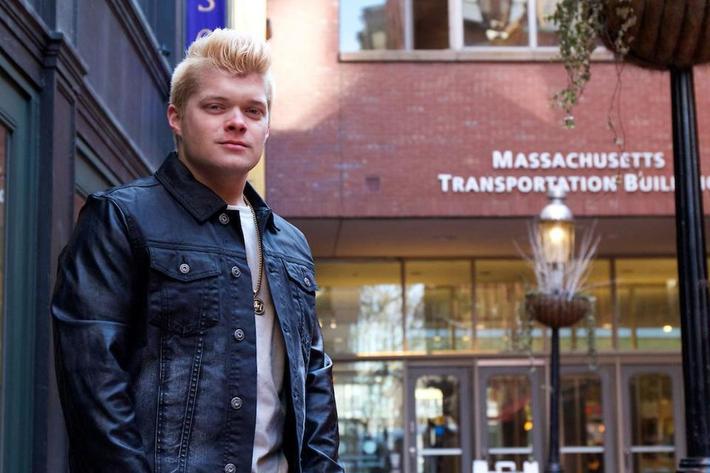 “Boston is where I was born.  Well, Newton, actually, and I have lived in Boston my entire life. Music and singing makes me feel normal and not like a pariah that Tourette’s can often bring on those suffering from the condition.  My goal is to be a voice for the voiceless and to help Boston bring the Stanley Cup back to Boston!  I hope this song is blaring at the Garden on game nights this playoff season.  My goal is to show the world that learning disabilities do not need to hold people back.  Let’s go Bruins!  This is our year boys,” Said Isbell.

Where eyes may be the window to a person’s soul, the piercing blue eyes of the young Scott Isbell are the window to a new kind of Soul that pushes the boundaries of modern Pop music to heights of past legends. A proven and passionate performer, Isbell crosses seamlessly from studio to stage to screen, evoking the presence of the Kings of Pop and Soul.

At the age of 4, Isbell became enamored with the rhythm and soul portrayed by an Elvis impersonator. Inspired by the performance, he began to emulate his new-found hero, Elvis Presley through his songs. As he grew, he discovered another King of Pop, Michael Jackson, who fueled Isbell’s curiosity to performing arts, setting his sights high on music. At 12, Scott competed in USA’s Most Talented Kids. Influenced by his heroes and other legends such as James Brown, Isbell was seen as a natural on stage where his signature old Soul of new Pop style began to take shape.

Without an agent or managers and pushed by his desire to perform, Isbell also landed professional acting roles in both TV and film. His acting credits include numerous roles in theater productions, TV commercials and the Emmy Award Winning kids series Aqua Kids – “a great show to be a part of – focused on saving our planet, says Scott.

However, singing became Isbell’s way to creatively channel the frustrations of living with ADHD. His passion for music helped him focus on developing his vocal intensity, fueling his soulful sound. During Isbell’s vocal performance on the Emmy award-winning Community Auditions, Sib Hashian, the original drummer of Boston, applauded, exclaiming: “Dynamite – You’ve got your own style and that’s what you’ve got going for you. You’ve got a great range… You have a bright future ahead of you.”

That bright future included being chosen as one of fourteen talents nationally to perform in Hard Rock Café’s Under 18 Showcase in Boston. Scott Isbell’s commanding presence on stage has propelled him toward the forefront of the Pop music world, opening for Lord Jamar of Brand Nubian and becoming the first teen pop artist to sign with Wu-Tang Management.

During the summers since 2014, Isbell has toured and opened for Wu-Tang Clan, Cappadonna, and other artists such as Spliff Star (Busta Rhymes), Ne-Yo, Inspectah Deck, Bricksquad, Young Dirty Bastard, and more.

In 2015, Isbell was selected to perform at SXSW in Austin, Texas, and shared the stage with the likes of Raekwon, Cappadonna, and Ghostface Killah.

Online and on the air, Isbell’s music has reached listeners around the globe, including the U.S., Australia, Germany, New Zealand, Spain, Mexico and Asia. Isbell’s unique voice attracted the attention of Michael Jackson’s family. Amazed at how Isbell could bring to life Jackson’s spirit in his own, soulful way, Joe Jackson called Isbell “The Prince of Funk.