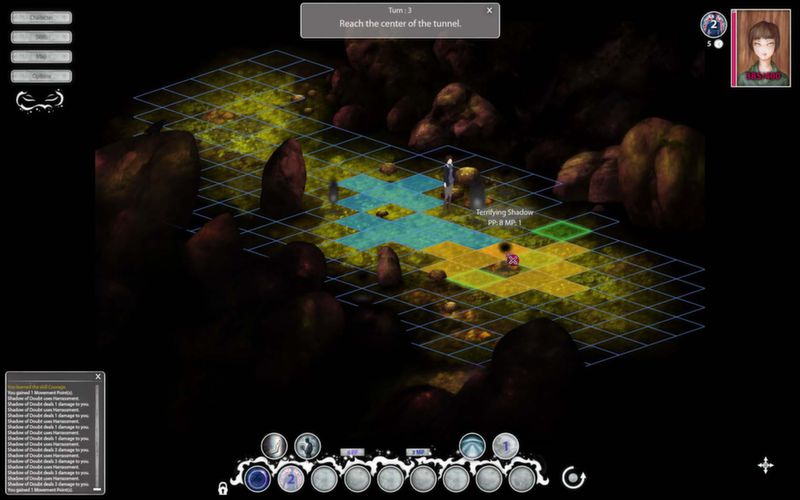 A unique adventure, a stunning scenario to discover in one season!
Winter Voices is a narrative-driven, episodic, role-playing game set in an imaginary and timeless world at the start of the Industrial Revolution. Players control a 24 year-old heroine as she deals with the death of her father. She must journey through the heart of Winter and battle her worst enemies – her own personal demons.
The first season of the Winter Voices series is comprised of seven downloadable episodes, each unraveling new elements of the character’s tale.
Winter Voices combines “point and click” real-time gaming with strictly defensive turn-based combat. As the game alternates real-time dialog and world exploration with combat, players will experience turn-based psychic warfare.

A drama is unfolding in a tiny village buried in snow, lost in the depths of a Three-River Principality valley. A sudden death, a now-hostile home, new sensory capacities rising like a storm and the departure towards the unknown, the only means to escape besides death, has become inevitable...The newly-orphaned heroine is pushed to leave her father’s village by the voices of her unconscious mind. The long journey to find answers will lead you through many events to overcome anger, sadness, pain and fear and finally unveil what is whispered by the voices of Winter. 6d5b4406ea 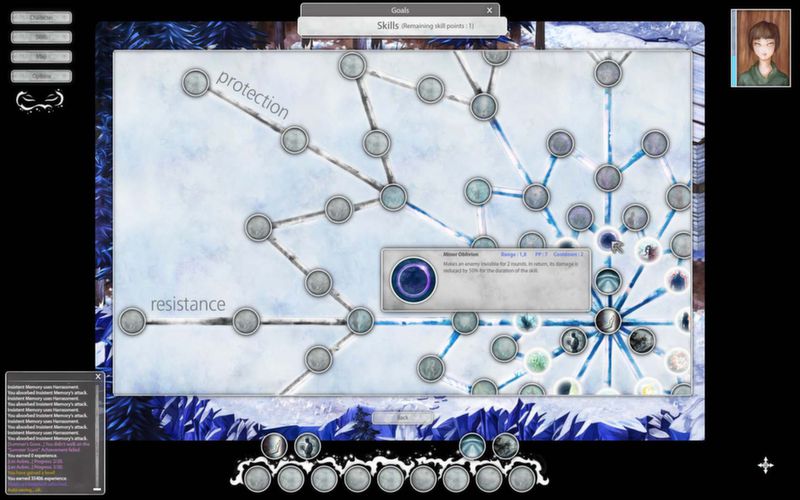 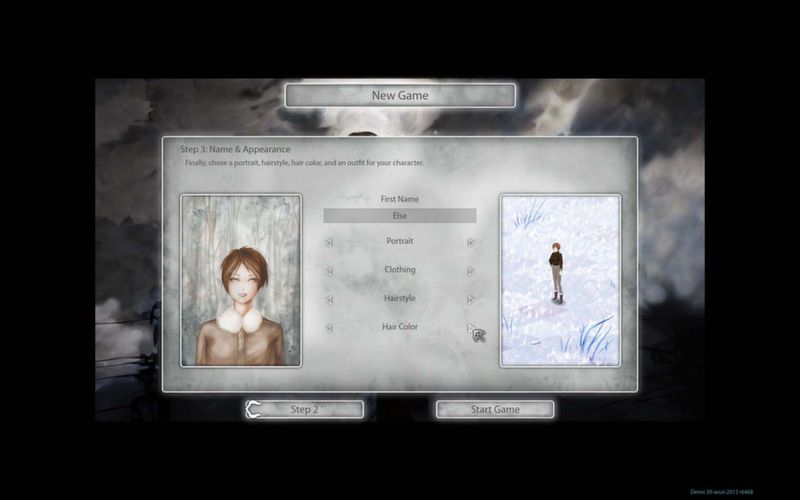 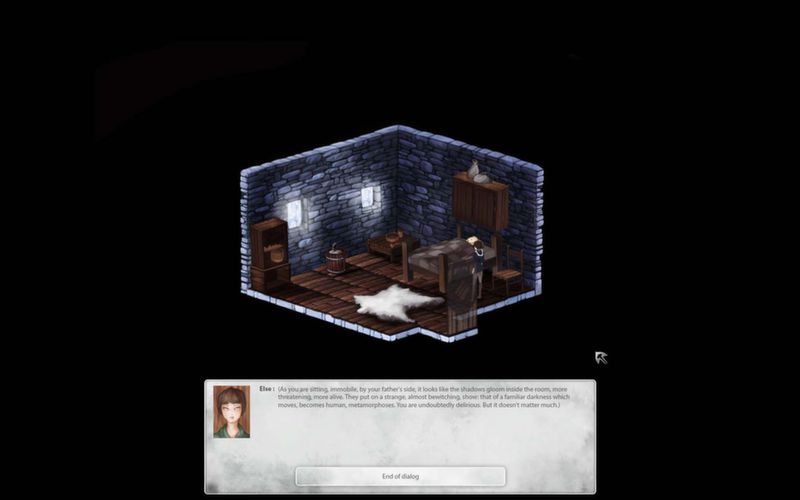 This wind...
it will remain memorable on your lips,
in your eyes will be dead this trail winds...
The game is simply a masterpiece.
When I bought it back in 2010, I thought it was a normal quest.
When you experience all that the main character feels, the tears flow.
Dramatic and juicy.. A great game as long as you actually have an attention span longer than a few minutes. Wow. this game is the slowest most boring game I have ever played and I even play walking simulators.. Silent violence of the mind,
Dancing on a palet of
Whitewashed watercolor
Snowdrifts.

Leave because of the
Awkward and
Sometimes frustrating
Controls.

Be lost in translations.

Also, don't try to go to the desktop,
Or you won't be able to get back to the game.

But return
For the memory
Of the atmosphere.

Then,
Restay as it all develops
Around you
Into a story rarely seen
In the world
Of games.
. I'm a bit of a masochist in that I'll try a game even if it's broken as long as it has a few redeeming points; Winter Voices does have a great story, but right off the bat I found it better to play in French since the dialogue was written in that language, and it just flows better that way. The English translation unfortunately suffers from many "bugs" (translations that don't flow well and don't always make sense). The voice narration also doesn't quite correspond to the written text (the voicing dialogue is better), which was enough to bug me by itself; I wish there was a way to hide the text completely in some instances.

I'd seen on the developers' website that they planned/plan to provide a fully bugfixed version... I don't know if that's still happening given the state of their team, but I recommend waiting until that happens, or at least that you be prepared to save your game every 5 possible minutes in case the interface stops responding in any useful way (or you get stuck in a dialogue after the interface has already disappeared.) It feels as though devs skimped on having too many state checks to allow/disallow clicking, and the way I naturally interact with the interface just interrupts the game and forces me to reload too often.

Beware, this also happens in places where narration immediately precedes a fight, removing any option to save. If the interface bugs out during those, you'll spend long minutes getting back to where you were if you die / try again. This is made worse in spots where 3, 4 battles are chained. There's no relief for me as this happened in every episode.

Pathfinding also has issues where your teammates block the way out of a screen, and there's no way to control them or get them out of the way (you have to reload a previous save).

Don't look for many keyboard shortcuts, this is a 97% mouse-driven experience, although it feels like the keyboard was forgotten rather than purposefully omitted.

And finally, don't expect to have story options that lead you out of the main character's comfort zone, unlike many modern RPGs the point is not to cater to the player's tastes and provide many options, but really to tell a specific story.

I have lots of spare time and am curious enough to play through the entire thing (on ep. 5 now), as I found the story captivating enough for that even despite the issues, but technical issues really are that frustrating throughout. I hope this gets fixed so I can update my review!. Winter Voices is an ambitious game that has some unique and interesting ideas but its utterly mired by terrible game design and pretty pretentious writing for the most part. When it comes to the good, the game used to be buggy as hell from what I hear, but it’s fairly stable now. The idea that you run away from enemies is a neat one, but it’s way too easy to utterly gimp yourself build-wise and the later game encounters are horribly designed to point that it can make the game unwinnable, even if you’ve been using a really good build up till that point. The atmosphere is really good and the soundtrack complements it well; there's a real bleak and lonely tone that permeates the game. It also has an interesting world inspired by Norse mythology that maintains ambiguity whether or not there is anything supernatural going on. The writing when it comes to characters is alright too, it’s just the narration and the dream world that are bad. Though it also really does fall into some bad clichés (Let’s have our female protagonist get almost r*ped twice guys!) . Overall there is some quality stuff here that I liked that kept me playing until towards the end of Episode 4 but the negatives eventually dragged the game down. They really should have just made it an adventure game.. This game is quite different from the usual. It's a turn based RPG heavily focused in the story. The story can sometimes be quite confusing, as you play the role of a girl that lives as much in her dreams as she does in her real life. If you decide to embark in this journey, you'll find a moving and deep story that's totally worth it.

I thoroughly enjoyed this story, and even if you're not too keen on the combat style there are a few posts in the boards with builds that make it a lot easier.

So Winter Voices is not fast paced, action packed or modern looking, but for me the touching story is good enough that makes it up for it. With the game being free nowadays there is no excuse not to try it, imho.. I don't recommend this game. It's very story/dialouge base, combat is ridiculous and omg it's sooooo sloowww. *yawn*