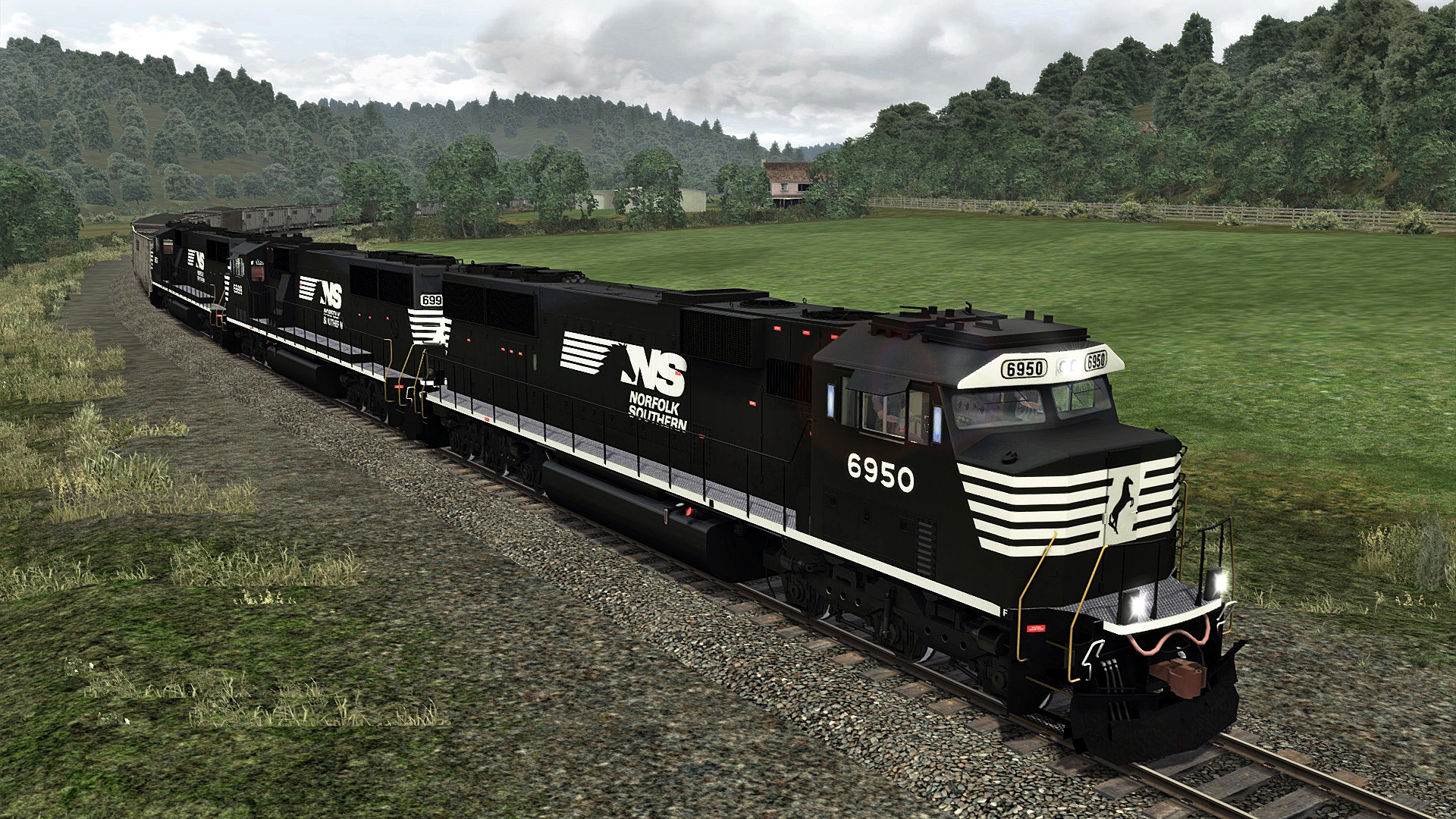 Beginning in 2010, the Norfolk Southern began a program at its famed Juniata (Altoona), Pennsylvania shops to upgrade its fleet of standard SD60 diesel locomotives which dated to the mid-1980s. Along with numerous upgrades to control, braking, and safety systems, the rebuilding process was keynoted by application of a modernized “Crescent Cab” as designed by Norfolk Southern. Powered by a 16-cylinder 710G3B engine and equipped with EM2000 microprocessors, the 4,000-horsepower SD60E can be found across the Norfolk Southern system totting everything from intermodals to heavy coal trains.

Through 2017, more than 130 SD60E locomotives rolled out of Norfolk Southern’s Juniata shops, including not only locomotives from the original NS fleet, but additional units purchased second-hand (including ex-Union Pacific and ex-Chicago & North Western locomotives).

Created by The LocoShop, the Norfolk Southern SD60E brings a modern and powerful diesel to Train Simulator. The Train Simulator NS SD60E is dressed in the railroad’s famed “Thoroughbred” livery and is provided in both clean and snow-dressed liveries. And the locomotive features an authentic “Crescent Cab” with realistic control and operating features.

As a bonus, the SD60E Add-On also includes Norfolk Southern’s noted “Top Gon” rebuilt coal gondola, several thousand of which were rebuilt from older hoppers beginning in 1991 and which will be ideal for coal duty on many Train Simulator routes. Four scenarios featuring the NS SD60E and Top Gon cars in service on the Norfolk Southern Coal District (route available separately) are featured in the pack.


Please Note: Norfolk Southern Coal District Route Add-On is required, as a separate purchase, in order to play the scenarios featured in this add-on. 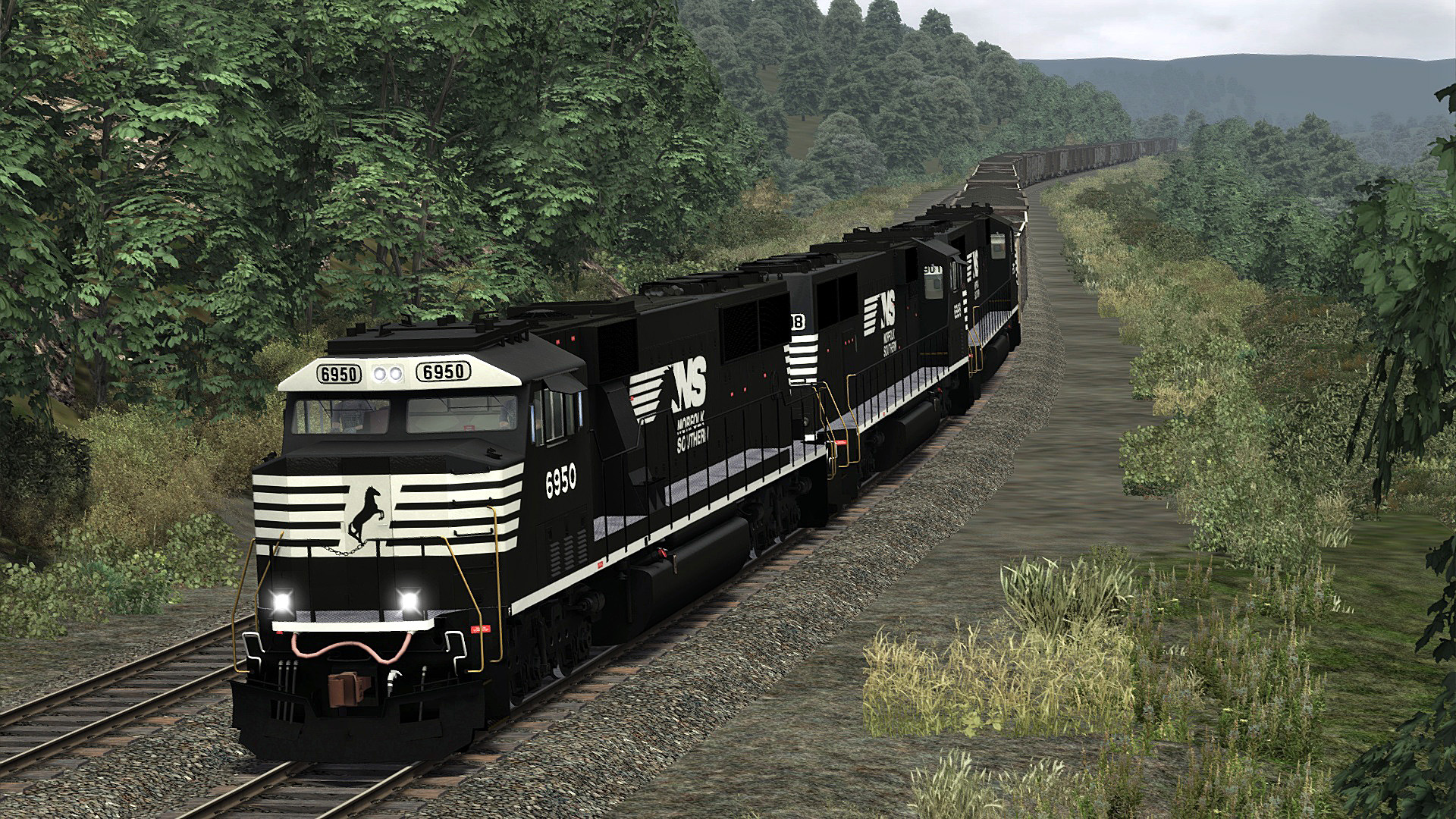 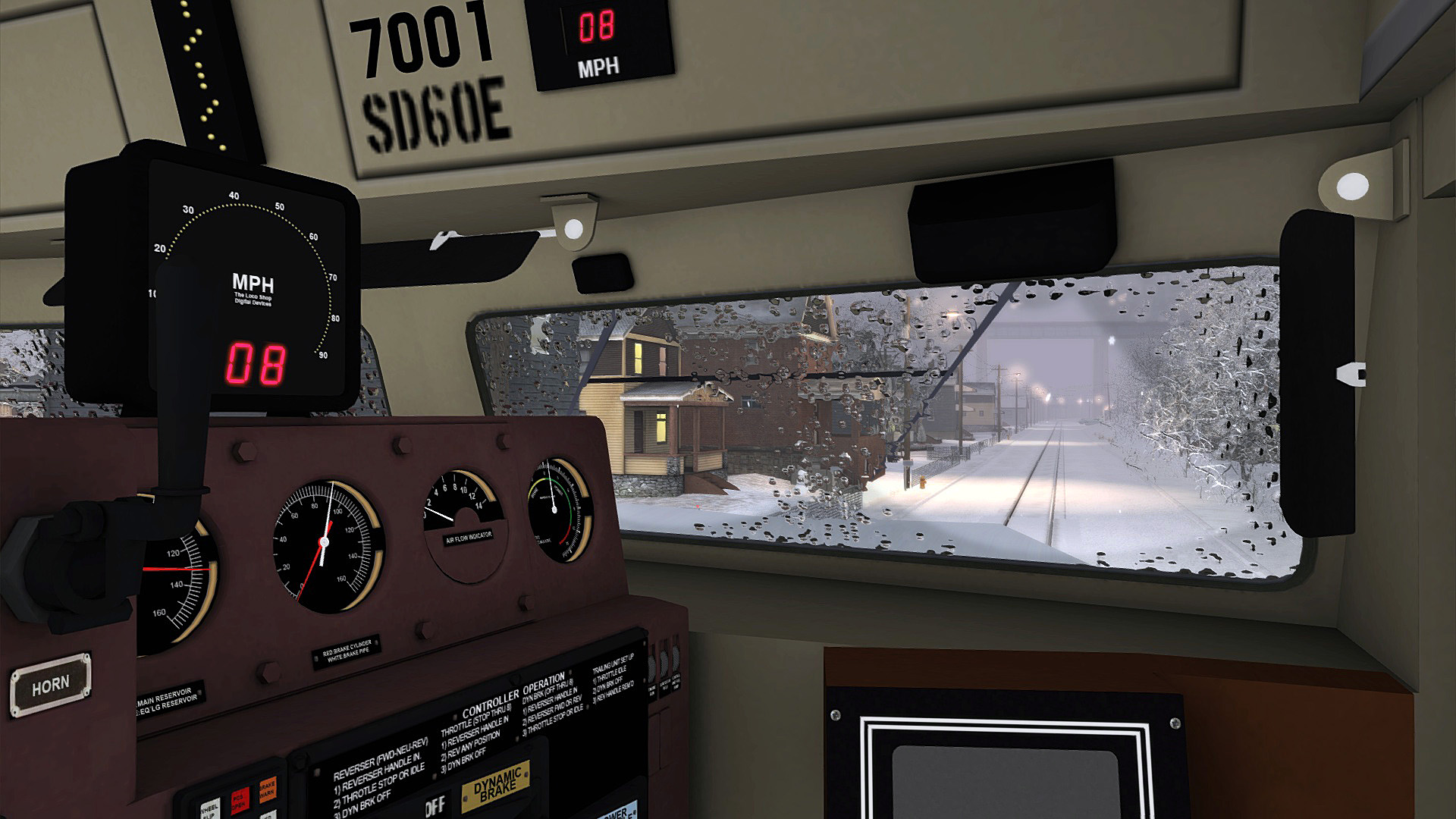 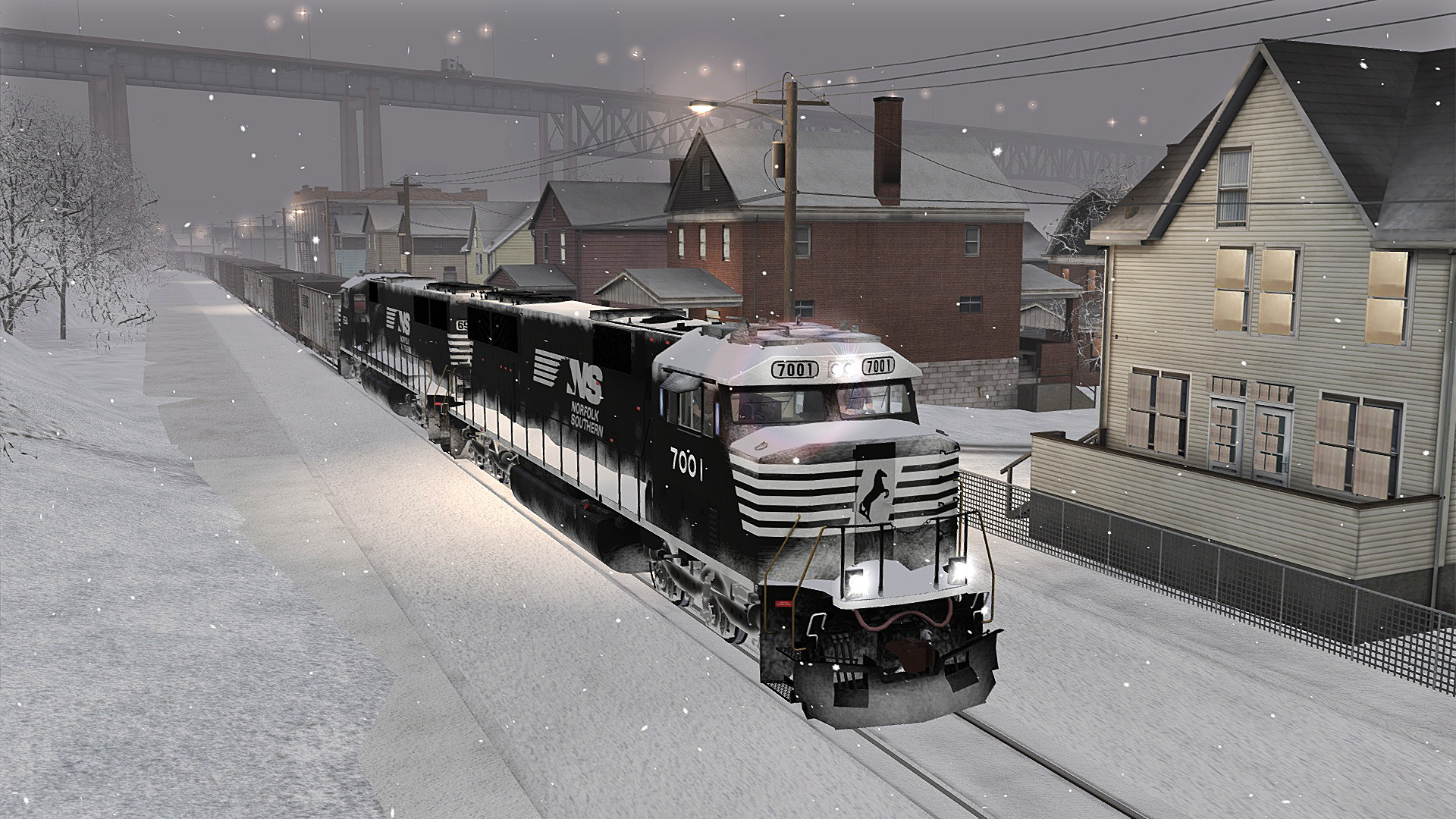 This locomotive is AWESOME! The horns itself is realistic and it has very cool White graham E bell. I got this thing for Easter, and it runs great! Thank you Dovetail games for making this locomotive from locoshop!. All in all this DLC is a great addon to the game as I've been waiting for a legit SD60E in the game. Although it does have some lacking features but I believe it is worth the money! Although I wish the Vererans, First Responders, and Go Rail were included as well.

Cons:
- The bell, horn and engine sounds are decent
- One awesome point is the fact of a different horn which is determined by which number locomotive you have.
- Fully functioning cab with opening windows and doors.
- Top Gon coal gondola cars look great!
- Ditch lights shut off when reverse is moved to neutral

Cons:
- The cab is kind of empty compared to pictures of the SD60E
- The headlights and ditch lights could use some enhancement
- No sound changes when opening windows\/doors
- No sound difference for distance away or near of locomotive.


. This is a great addon in general! In some areas it lacks, but in others it is great!

Pros:
-Horns are determined by the number of the locomotive! They vary between a Nathan K5LA, Nathan P5, and Leslie RS5T.
-Engine sounds are great!
-Horn and bell sounds are good.
-Details and controls within the cab are okay.
-Ditch lights dim when flashing, rather than going off and on.

Neutral:
-Lights could look a bit better in terms of the flare's texture and color.

Cons:
-Loudness of horn\/bell does not change with distance, and sound cuts out at a certain distance.
-Startup seems too quick.
-Sounds within cab do not change with opening of the windows.

Correct me if I am wrong with anything!