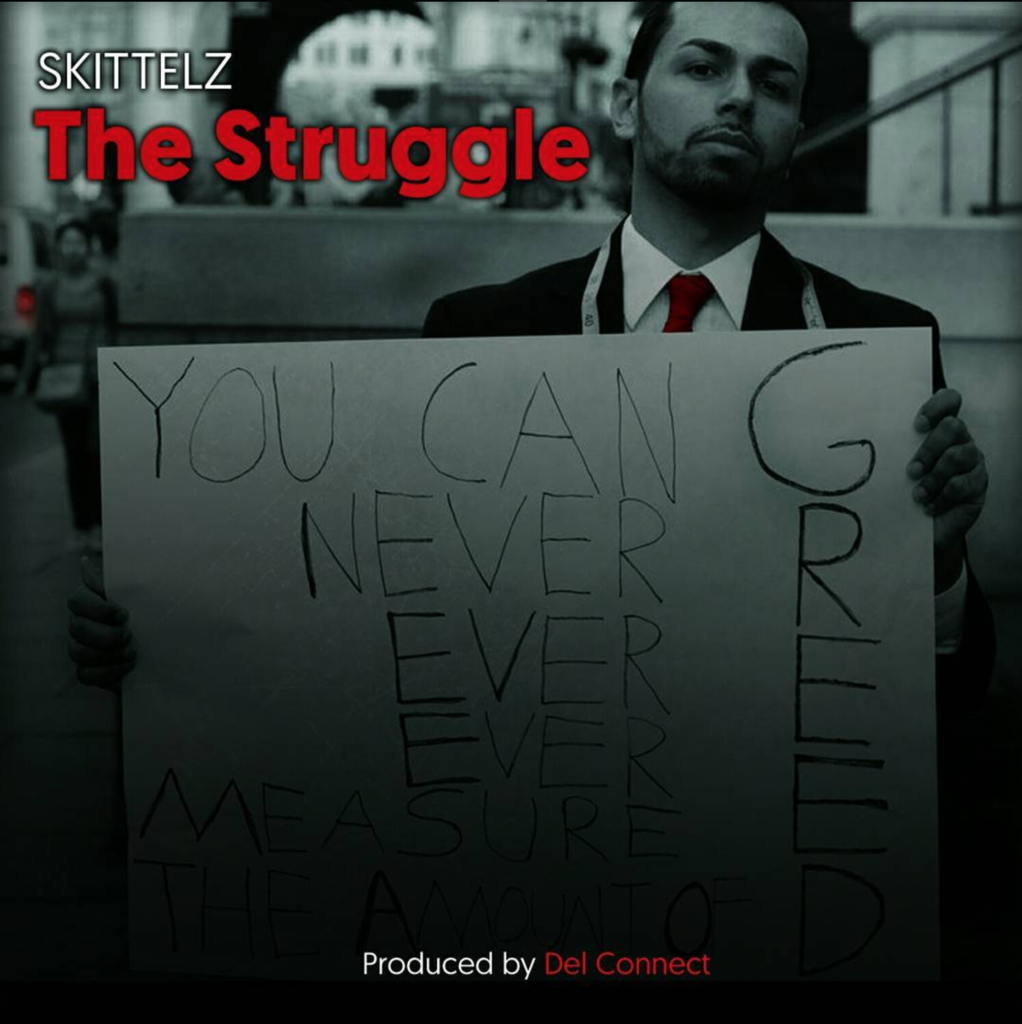 At a time of undeniable disapproval of American political leaders ; there has been an evident need for an influential lead for the people that live in "The Struggle". For this reason, NY recording artist Skittelz & DMV Producer Del Connect have decided to re-release this powerful record on all streaming platforms . In an era where stereotypical trap beats and simplistic lyrics are the norm, Skittz dares to share the depth of his experience via poetic delivery and enlighten the masses while tapping into the essence of the music culture . According to Wikipedia , the origins of "Hip-Hop have been described as an outlet and voice for the disenfranchised youth of low-economic areas, as the culture reflected the social, economic and political realities of their lives." Hearing that truth on this record is a breath of fresh air , along with the messages accompanied within the project's visuals. The message addresses economic class,the great recession, Inequality, activism,crime in low-income communities,student loan debt in America, broken homes, outsourcing of jobs/careers to foreign countries, poverty, organized boycotts and my exercise of the consitutional first ammendment rights.

Make sure that you share the music or spread the movement; for the creation of more impactful art and organizing solutions in these troubling times.