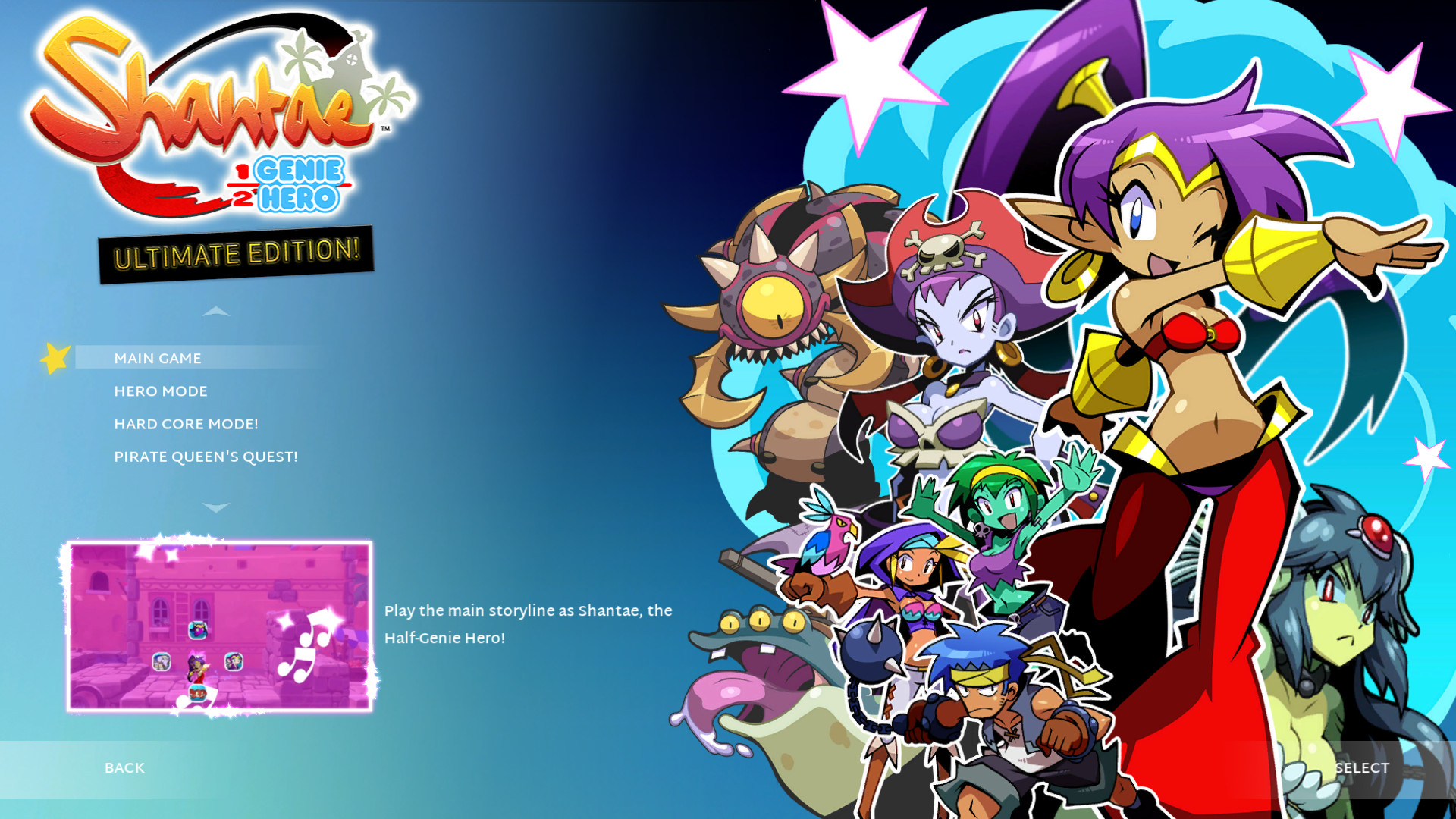 Shantae embarks on her first full HD adventure! When a mysterious crime wave sweeps Sequin Land, it’s up to Half-Genie Hero Shantae to save the day! Use Shantae’s devastating Hair-Whip Attack to send monsters flying, or Belly Dance to transform into a more powerful creature form! Topple the masterminds behind each criminal caper and prepare for the ultimate showdown against Shantae’s arch nemesis - the bodacious buccaneer Risky Boots!

This all-inclusive version comes with all of the previously released DLC, Modes, and Costumes!

Save the day as belly dancing half-genie Shantae! Conquer Sequin Land as the evil Risky Boots in ‘Pirate Queen’s Quest’! Swap between Sky, Bolo, and Rottytops in ‘Friends to the End’! And finally, wall-jump as Ninja Shantae, soak up sun as Beach Shantae, serve justice as Officer Shantae! 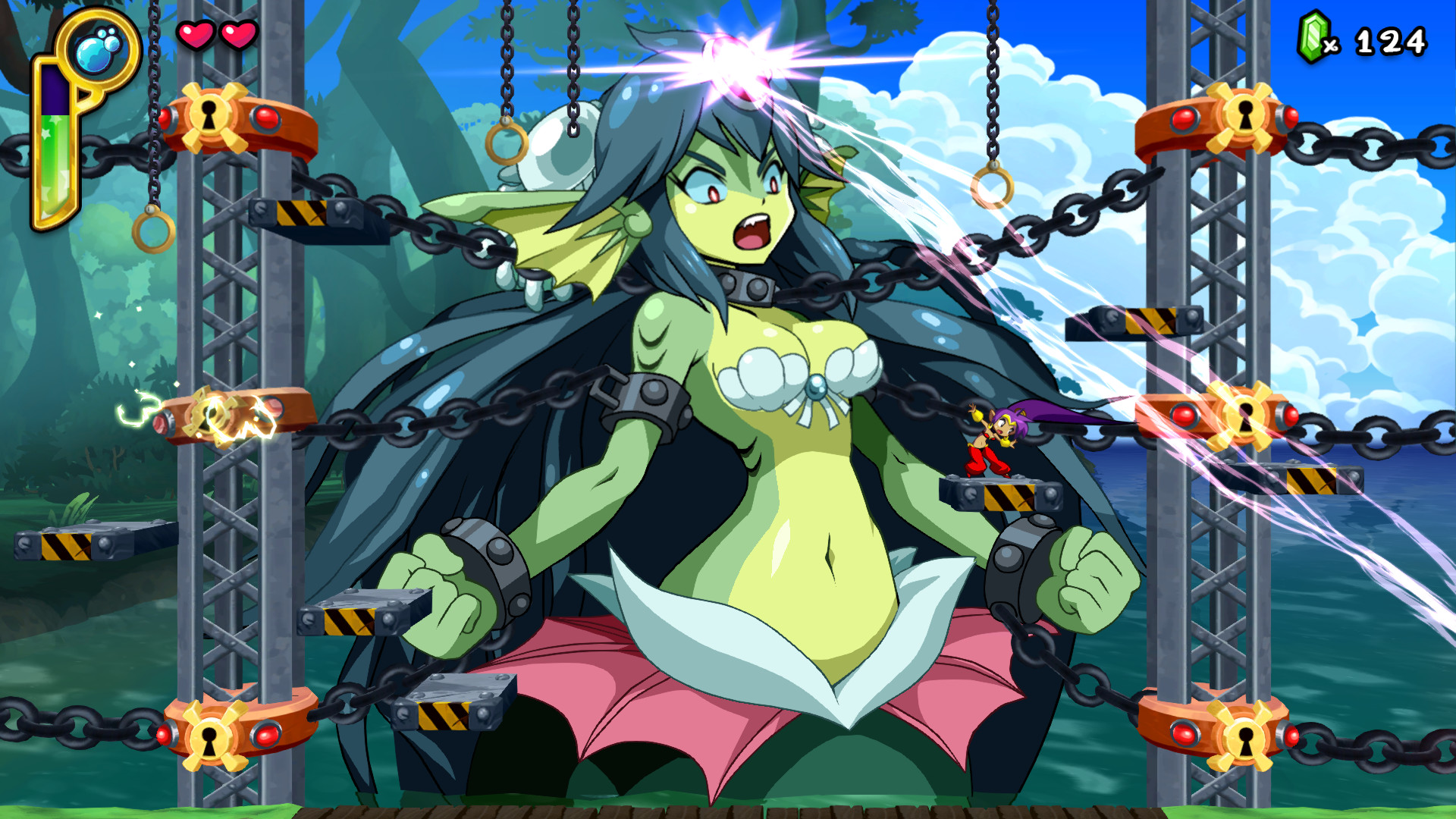 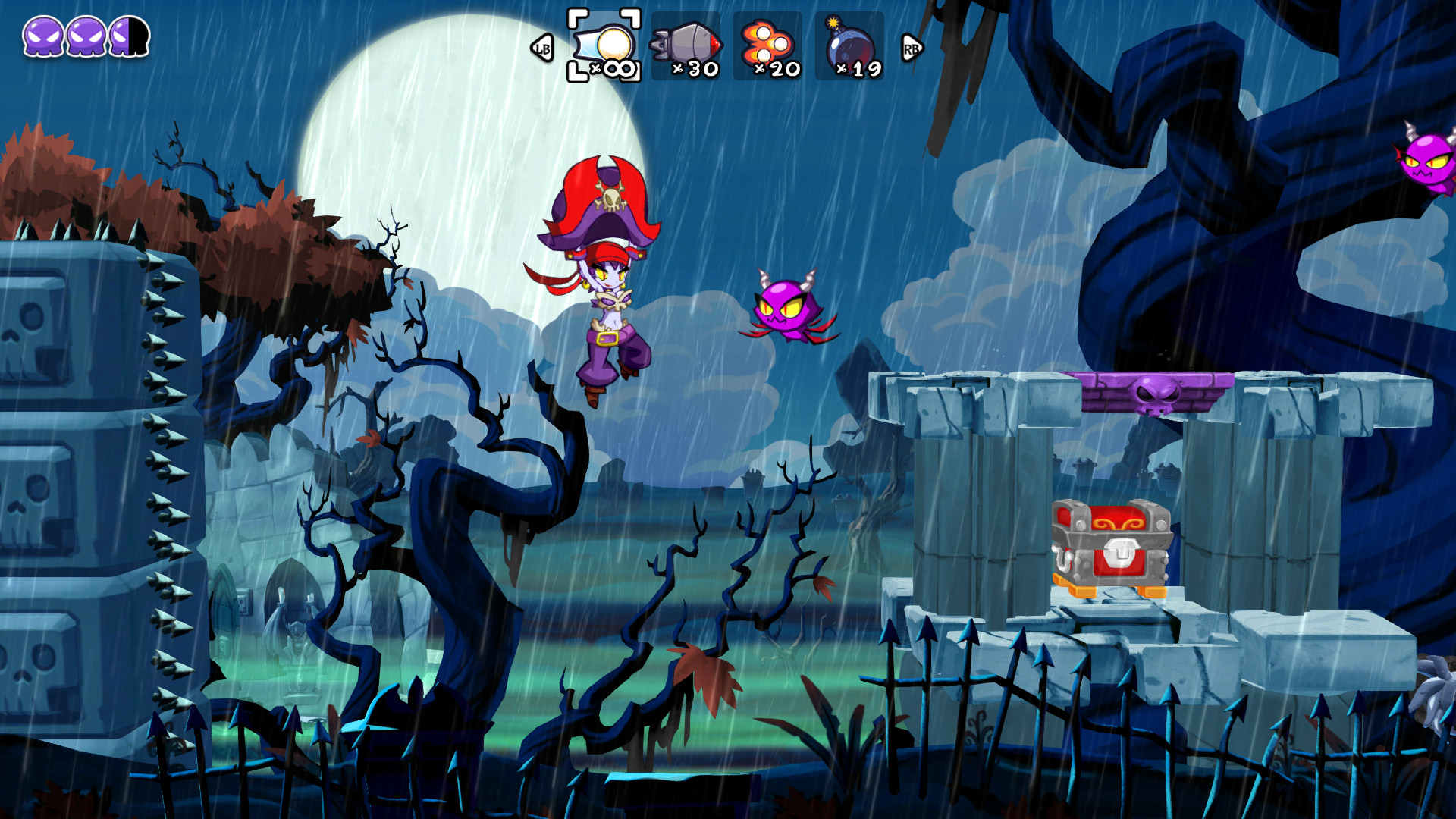 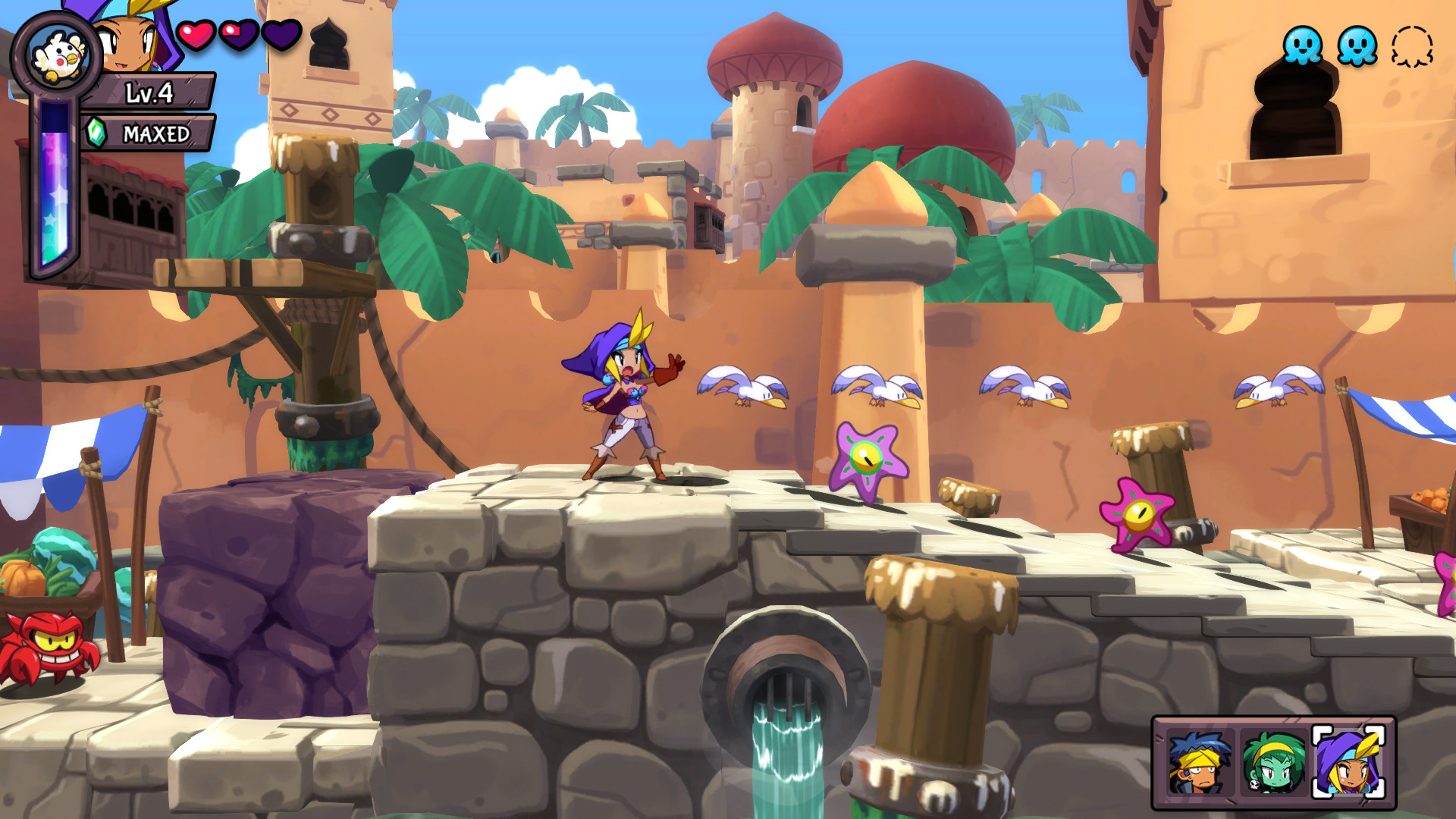 This has been release for a while, but I've only recently gotten into the Shantae franchise. And I must say that I'm deeply impressed. The art and voice-overs are phenomenal, but the music? The music is so darn catchy I find myself just standing around and listening to it before I start the level.

As for the game play I'll just say that I had a bit of a learning curve. I'm older and apparently my reflexes aren't as good as they used to be, but after going through the levels a few times I can say that my reaction time has improved. It was marvelously challenging, it was quite nice to have to WORK to reach the end rather than strolling along with no problem.

The only negative that I can come up with is that the level design is a bit too linear. It would've been nice to have some option about how to progress. I understand that you can't pass some levels without having items you get from prior levels, but maybe having different levels you can go through would've spiced things up. But if my only complaint is that I wish there were more levels, then you know they made a good game.