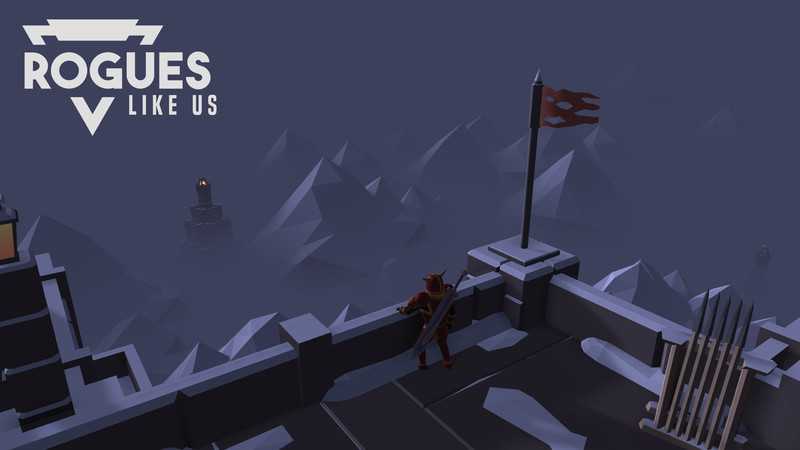 Rogues Like Us is a hack n' slash rogue-lite unlike any other! Stand against a resurging threat by yourself or with a friend in local co-op. Collect weapons, armor, enchantments, and more by exploring dangerous locales and defeating powerful bosses! Stop the constructs, save the town.

The land of Arventous is perilous and combat is fast-paced, challenging you to quickly adapt to whatever stands in your way. Discover weapons, enchantments, trinkets, shrines and more to aid you on your journey. However, be warned, death carries a heavy price, requiring you to start again from the beginning, but this time with knowledge of past mistakes and new gear!
6d5b4406ea 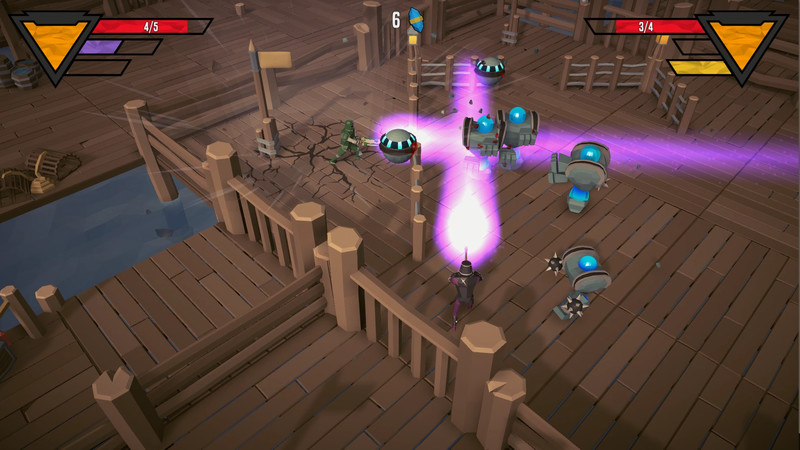 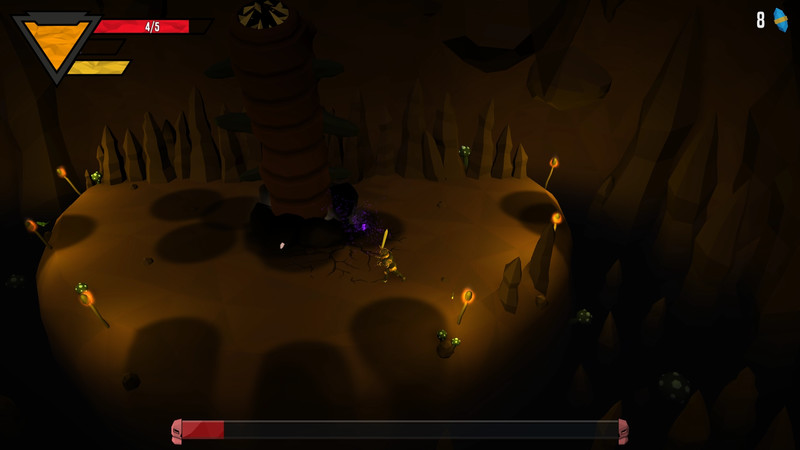 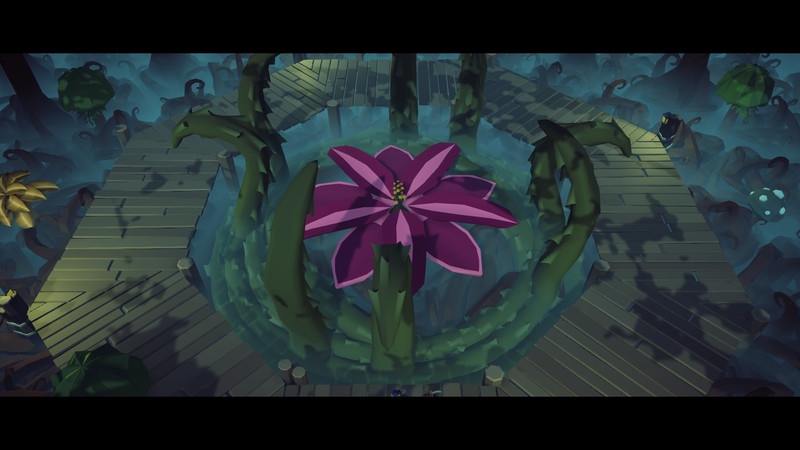 I can't really recommend it yet until they release a patch that allows you to change your skills and abilities, but overall it's ok not incredible but ok a little clunky on combat though. Awesome, love it!. The combat is a classic easy to learn, tough to master type. The story easy to follow, and the game rewards players that clear areas flawlessly. It's well worth the price. The difficulty isn't too hard, especially if you are playing with a controller instead of mouse and keyboard. I would highly recommend this game.. I've enjoyed this game immensely since purchase. The difficulty curve is honestly very well-done, enemy design is simple but fun, meaningful progression and customization options, and lots of hours of gameplay. Only complaint is the lack of audio (sfx mostly), but the game's still in alpha, so it's understandable.. Bought the game on release to try something new. Not normally a hack n' slash player, and still not a good one, but I found fun in this game. The game rewards players for dungeons that they complete, with each succeeding one being harder that the last. Combat is typical of the genre, and very straight forward, but there are some special attacks movement abilities that make it unique to itself. The bosses are unique and fun to play against, albeit a bit simple. The randomness of the layout of the dungeons as well as the weapons and possible enchantments make each run unique, although I still have my favorite items and weapons to use. The rewards come in the form of chests which contain armor, weapon enchantments, armor dyes, or weapons which are given to the player as rewards for defeating a boss at the end of a dungeon, and are purchasable in game from a merchant with ingame currency. (Hooray! No microtransactions) The story is present throughout the dungeon runs, but this is not a story centric game where each interaction will impact or progress plot. The game is not very long, but has a lot of replayability and will require more than a few runs to unlock everything the game has to offer to the player.

The graphics are simple and unique and a bit stylized. They make it feel like like you're playing a comic book, and add to the light nature of the game. The music that is always silently humming in the background also keeps the game relaxing while still setting the mood properly for the dungeon or boss fight that you are in.

Overall a fun that I enjoyed playing, and plan on continuing to play. Perfect game to unwind with. I would reccommend picking it up and having a good time as you slash your way through mobs and bosses alike.. Definitley one of the better Indie games I've played. Should say ahead of time I'm not a Kickstarter backer just found this game browsing through Steam.

There are a lot of things I enjoy about this game, i'll get into that below.

What I like:
-Progression. While it's still in an early state the progession system isn't bad. Each dungeon level you get treasure, which you can in turn open back at the Hub. The items you get from them range from gems to empower your weapons, armour, dye, and weapons. You definitley see yourself powering up overtime atleast early in the game.
-The Art style. Love the graphics and how the game looks and feels.
-Soundtrack. Honestly love the music.
-The bosses. Each boss has several mechanics to watch out for. Feels like Zelda boss fights, and it's fun to see yourself figure out the mechanics of a boss after fighting it a few times.
-Loot\/Customization. Love the customization in this game. There are a ton of Dyes to collect, multiple armour sets, and quite a few weapons.
-Gem. There's acutally a reason to clear every room in each dungeon. You gain "souls" which you use to purchase upgrades for your weapon every run.

What I dislike:
-After a while when the progression slows down it feels a bit grindy and repetitive. I don't personally have an issue with this but it is an issue nontheless.
-I honestly dislike the Charger enemy type. Super annoying and tedious to fight, but I guess what is a game if there arent any challenges.
-Keyboard\/Mouse support isn't fantastic. Would definitley like to see you be able to rebind the keys.

What I would like to see:
-Armour giving stats. This could add for build variation not just through the weapon. Pretty sure it said in the Kickstarter sets would give bonuses when the full set is equipped but i have yet to notice that even with a full set.
-Able to switch keybindings for keyboard\/mouse.

Honestly the game has a good solid core expirence that just needs to be extended upon. Obviously the game needs additional content down the road, but I have confidence the Devs will deliver and make this a fantastic little game.. I cant recomend this game as it stands.

it looks great and I enjoy the play style but:

Its too dificult! I know how that sounds but frankly there is no difficulty slider or settings, When you die you have to repeat vast swathes of the level over and over to get back to where you are. The loot drops are too infrequent. The upgrades arent as helpful as they should be (you have to find them, earn enough to unlock them and then earn enough to engage them when playing)

This would be more fun if you speed it up, add more variety, a checkpoint system. Grinding is fine if its a bit more fast paced and shows some progression.

I hope a dev reads this because there is so much good here I really want to play more!. In this game, you go through procedurally generated dungeons and gather loot chests that contain a bunch of things, from Stones, to Weapons, to Cosmetic Gear Items, even different color dyes for your gear as well. There are currently only Five levels to go through from what I've been told, but its an EA game so... yeah. But on the bright side, the layout of the dungeon is procedural so it feels like something slightly different each time.

As for the combat, I'm enjoying it. Your weapon's combat style affects the gameplay quite a bit, which I like. You have your Lighter weapons which attack faster but have less damage, your Medium weapons that are a good balance between the two, and the Heavy that has more damage but less attack speed. There are a few abilities in the game as well, which further adds to the combat side of things. Dash, which acts as a sort of Blink in other games. It allows you to traverse the dungeon with more ease and dodge\/evade attacks. Soul Blast is your ranged ability that shoots out a laser beam-ish thing that does some damage. If dealing with Turrets (or any enemy for that matter), you can angle this ability to deal damage to multiple. Finally, the Soul Slam is an AOE attack that knocks enemies back as well as dealing damage. Perfect for pushing Floaters out of your way before they unleash their electric bubble thing.

The enemies are pretty well balanced as well. You have the Turret that shoots at you, the Floater that does a sort of AOE electric ability, the Charger that stops for a short time and then... well as the name implies, it charges you, dealing damage. You even have your typical Slime! The Totem enemy puts a shield around surrounding enemies that make them impenetrable until you destroy the Totem.

That pretty much sums up the Pros and my opinions of the game thus far!

The only con that I've found is that sometimes certain sound effects don't play, but that's not that major of an issue. Overall, a great game and I would recommend this game to anyone who is interested in rogue-lite \/ rogue-like (rogue-likelite?) games. Keep it up, oddByte!

Update #1 2-23: Shrines have beeen added to the game, which is an interesting way to spice things up in your adventures. From what I've read there is 7 different types, these give you either a buff or a debuff. These buffs range from cooldown reductions to the increasing of several things such as speed, crit, and knockback. I've only come across "The Selfless" which makes you take away some of your life in exchange for a buff.. Pretty fun game, runs can be fairly quick too.