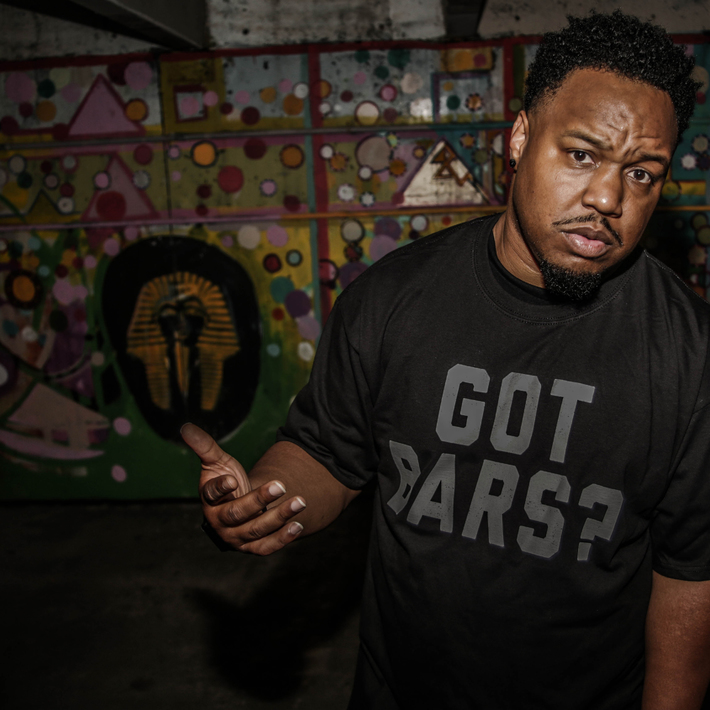 Jesse Lives an internationally known Hip Hop artist from San Jose, California He has been building a loyal following with his high-energy show, relentless tour schedule and stellar reviews for his independent releases. His raw style of witty, yet well-placed and sometimes unorthodox style of lyricism while internalizing a deep affinity for all things artistic, and creative acts as a conscious social commentary for those who struggle to be original in a world full of renditions. What is known as the Jesse Lives show has started to become a thing of anticipation for many concert goers who have dubbed themselves the “Who Lives” questions to the Jesse Lives answer.
Besides headlining four 20 plus city tours throughout the United States, Jesse Lives has shared the same stage with underground hip hop elites such as Crucial Conflict, Adlib, Slum Village, Rass Kass, Copy Write and many more. He has also received a cosign from the founder of the Violator Allstar DJs, DJ Scrap Dirty and is also the official touring host for the Asian ambassador for Ciroc Vodka , Violator Allstar DJ D Double. Jesse Lives is the only west coast member of the legendary 606 Entertainment organization in Chicago, Illinois.
WEBSITE LINK:   http://www.jesselives.com
AUDIO LINK:  http://www.jesselives.com/cooler
VIDEO LINK:   http://www.jesselives.com/video