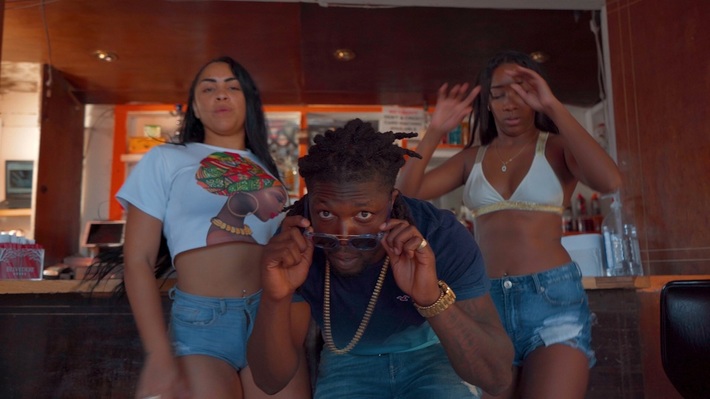 Jada Breeze is an American rapper born in Miami, FL. His journey in rap began shortly after his four year prison sentence “ I needed an outlet to express my pain, share my experience and music gave me that and more”.

In 2011, he was signed by “All American Music Group” and moved to Atlanta shortly after where he recorded with Music Producer Jazze Pha, Rap artist Gucci Mane, Wooh da Kid, Aktual, and Swede of 808Mafia; but then it grew pretty quiet for Jada Breeze “I felt like my career was at a standstill and I was just getting started”.

With a new outlook on rap, a plan for his career, and the same passion, Jada, decided to part ways with AAMG and start his own label, Entertainment Gang Media. Through this label he has released his 2019 single of the year “Twerk Wine” which was filmed in Providenciales, Turks and Caicos.

Since it’s release, “Twerk Wine” has done numbers on several platforms including YouTube and Apple Music. You can find Jada Breeze in the studio working on his latest EP “This is only the beginning, the grind don’t stop. I gotta make it, if not for me, then definitely for my daughter”.