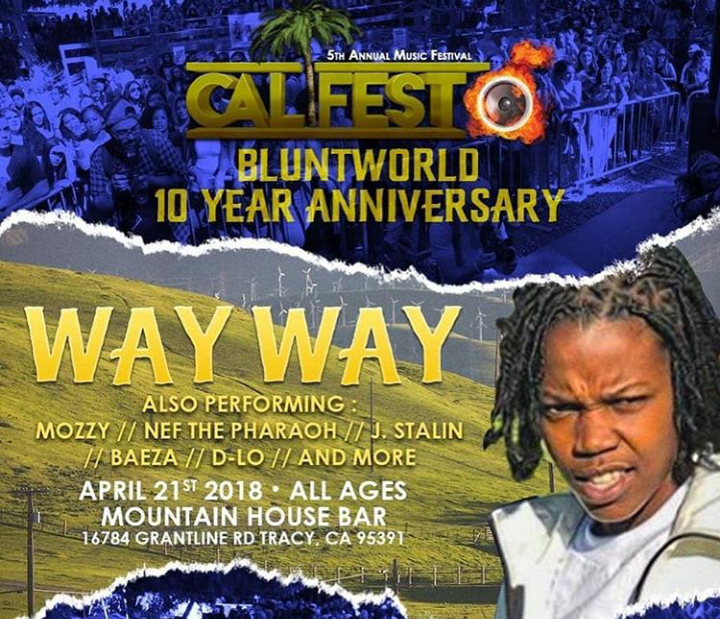 Way Way Santana The 22 year old San Francisco Bay Area rising Hip-Hop star has been busy in 2018, dominating studio sessions and shows like a school yard bully taking lunch money. After kicking off the new year opening up for top acts like OMB Peezy, Kirko Bangz, The Lost Boys and 03Greedo, Way Way has landed herself a spotlight on Northern California's most coveted Hip-Hop Festival Califesto's BluntWorld 10th Anniversary 4/20 Celebration, sharing the Livewire stage with Mozzy, Nef the Pharaoh, J-Diggs, Keak Da Sneak, and J-Stalling. Her latest single and video Karate Choppa's featuring G-Bo Lean directed by Famed SOBxRBE videographer Xaltus media is yet another banger to added to her budding catalog. her clever treatment for the video used nerf guns instead of the "Real Guns" we see way too often in Hip-Hop music videos stating "I just wanna put the fun back in Hip-Hop." Push play watch and listen you will not be disappointed she is literally Tearing Up The Block!!!

Listen on SoundCloud and Reverb