In A Society Heavily Divided By Hatred And Blame, Chicago Recording Artists Mizz Ya-yo And HooNoz Would Like To Point Out That "The Struggle" Is Color Blind

About 10 days ago now, Dj Alpha-David jumped on the ones-n-twos on the popular Pigpen Radio App. Being a "guest" Dj, as well as respected entity, has built a regular following for Dj Alpha-David's "We Eat In Packs" mix. Often reaching well over 1 million listeners tuned into the stream,Dj Alpha-David's mix is known in the underground for spinning what's hot as opposed to who pays, and has helped many in the underground start reaching larger audiences world-wide.

In his last appearance, the Alpha Dj did his usual thing. He dropped hot professional music from the independent artists around the world. In his mix, he spun a joint called "The Struggle," from Mizz Ya-yo and HooNoz (say who-knows). As the song ended, you could hear Dj Alpha-David speaking among station employees...and then before bringing The Struggle back for a second spin, he did the never before...Dj Alpha-David spoke during his airing. He first gave these two emcees their credit for skill..and then informed the audience that these two indie recording artists,...whose music was based on a life of poverty, determination and hard work leading to a feeling of independent success...where both white.

It wasn't that they were white, but more how they tackled a subject so well and lyrically, that it almost made the track hotter. It was natural. Real. And the listeners went crazy. Since then the single has been passing through one streaming player to another. Emails flying and alot of "yo check this out real quick" conversations. The song has quickly shot up to 100K listens on the popular Soudcloud App/Website. Many saying that what Mizz Ya-yo and HooNoz brought was what Hip Hop was once all about. A story. Your story.  And the story of "The Struggle" from the bottom to better from these two, is a Hip Hop fairy tale come to life. And just from us personally over at Wu-World, both these artists slaughter this. Delivered with a "chopper-style" delivery, keep up with them, play it back or slow it down if you have too, because Mizz Ya-yo and HooNoz are really saying something. And if your life's all about the struggle..you already know that every corner you turn it's right there. 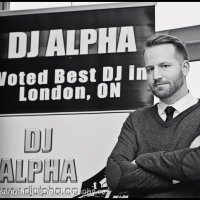 This is really helpful post, very informative there is no doubt about it Keep it up.

To protect all your Windows, Mac & Android devices. Get and easily run Anti Viruses and Learn how to create anti- virus account, enter 25 characters alpha-numeric Product Key/code, and successfully install with the Product key.office-setup is a product of office setup. The if you support the Get facing problem to activate the office-setup or the install the Microsoft Office product product. Install with Product Key.