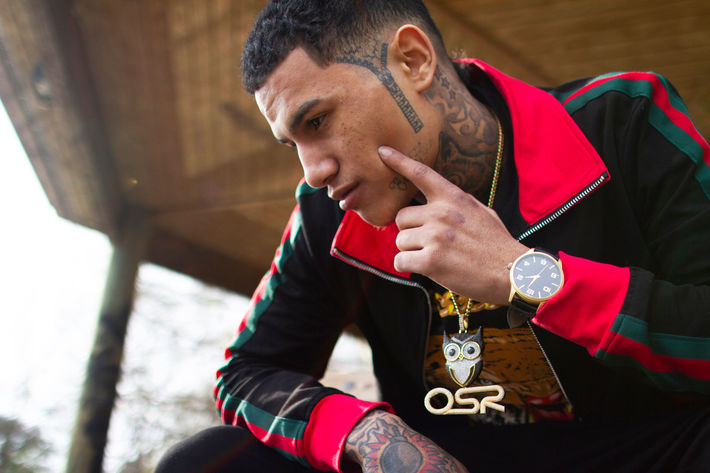 Whether by the creator’s design or by forces beyond our comprehension, in each generation there comes along a titan, a prodigy, and a champion. An individual that emits so much strength, so much raw magnetic appeal and energy that it can affect everyone and everything around them. Once again, this phenomenon has occurred, the bar of excellence has been raised, this time his name is Onsight Deeda.
Rapper Darron Carter has experienced more in his 17 years of life than most do in a lifetime. Some would refer to him as a victim of the streets others refer to him as a thug, gangsta or hoodlum. Known to his fans across the Gulf Coast and throughout the South as Onsight Deeda, the rapper takes listeners on a journey into his trials and tribulations through his music. Last year, he released visually graphic music video “Testimony” featuring fellow fugitive Lil Yah to YouTube while still on the run from the law.
A few months later, he came back with shockingly autobiographical debut mixtape Public Enemy # 1. He has come a long way and is focused on turning his life around and devoting it to music in hopes it can give some insight on what really goes on in urban America.
Born and raised in the small town of Abbeville, La., some 30 miles South of Lafayette, Onsight Deeda comes from a stable, two-parent home. His parents were hard workers who owned a used car dealership often on the road to car auctions or working a lot of hours leaving young Darron and his older brother Aaron with a lot of free time. While unsupervised the brothers gravitated towards the gangsters and hustlers in the streets. “I can’t say that the negativity of streets was in me, but that’s what I grew up around,” Onsight Deeda clarifies. “I come from the hood. Either you eat or get eaten. I put it in my head that I’d rather be the one putting the pressure on people than the one taking the pressure. That’s how I always looked at it. It’s a jungle out there.”
Throughout his adolescence, Onsight Deeda was involved in all types of street beefs. Never one to back down or turn coward in any situation, he was arrested at least nine times since 2014 on nearly 30 different charges. At age 17, he started writing vivid, hard-edged rhymes reflective of the life in the streets . “I recited three or four little bars to my cousin and he told me ‘yo, you gotta go record that,’” Onsight Deeda recalls. “I’m thinking he’s playing but he was like ‘man, you really gotta go record that.’”
Onsight Deeda hit the studio and even posted a music video to YouTube of the song aptly titled “F*** It.” The video racked up 20,000 views in the first week. “After I seen that, I was like ‘man, I can really rap.’ I just took and ran with it,” he says. “I was just playing and joking with the music. It was just something to pass time. I put my everything in my music and people wanted to hear my story.
Just a year ago his future looked grim, he became the target and focus of Cpt. Clay Higgins of St Landry Parish Sheriff’s Office in a highly publicized video that went viral garnering the attention of such media outlets as Crime Stoppers, Nancy Grace and Bill O’Reilly sparking a national manhunt for 7 young suspects. With a rifle the size of a bazooka strapped to his chest and an army of law enforcement officers and attack dogs, the trigger-happy cop used fear and intimidation to further fan the flames of racial fear and hatred toward young, black men in America.
Referring to the accused as “animals” and “heathens,” the mugshots of 10 recently arrested alleged members of the “Gremlin Gang” were splattered across the screen, reinforcing negative stereotypes of black men being criminals and thugs. Of the seven men on the run, Higgins specifically pointed out 17-year-old Darron Carter as “an uneducated, 125-pound punk” who he would be willing to meet “on solid ground anytime, anywhere, light or heavy…You won’t walk away,” Higgins threatens in the video. “Son, we do dumbbell presses with weights bigger than you,” he warns. 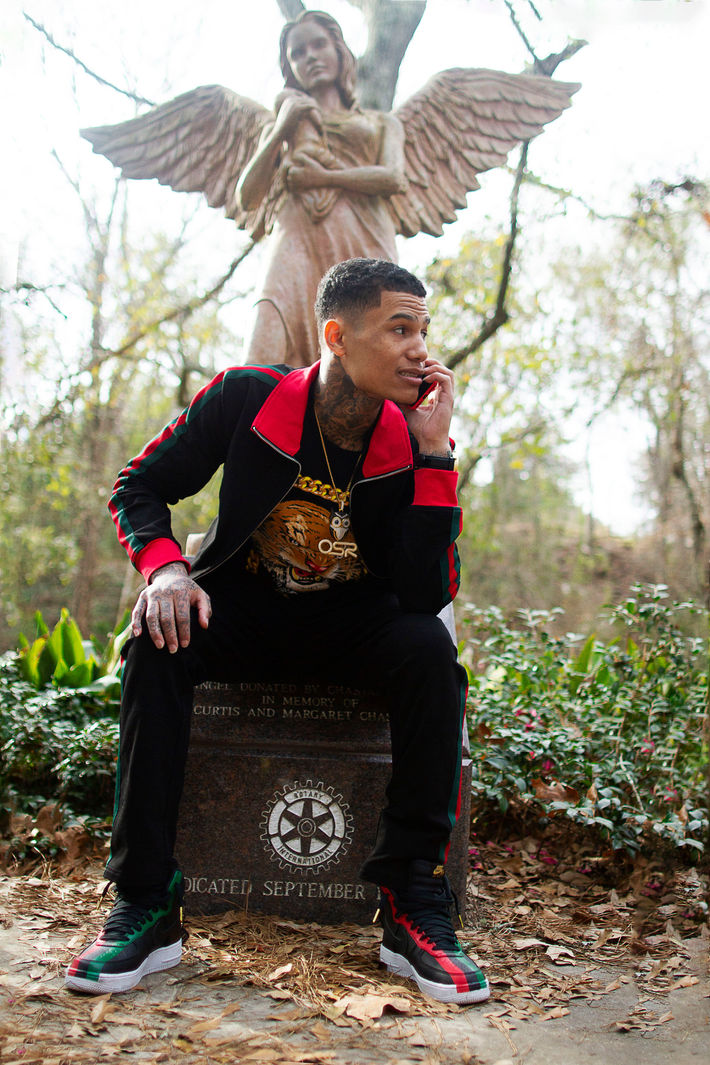 Not wanting to become a statistic Carter turned himself in to the police in March and was charged with six counts of attempted murder. After spending three months behind bars, however, all six charges against Carter were dropped. For his role in slandering Carter’s name, as well as dozens of other men and women over the years, Higgins was elected the U.S. Representative for Louisiana’s 3rd congressional district. Carter, on the other hand, transformed his struggles in the streets and battles with the law into a flourishing rap career as an outlet for channeling his anger, frustrations and future uncertainty. It’s not often you come across a person with such a broad scope of talent. A person so naturally endowed with every component necessary to be thrust among the elite in his craft. Charisma he’s got it, stage presence he’s got it, lyrics he’s got it, hard work ethic he’s got it, that competitive killer instinct he’s got it!
Onsight Deeda was recently released on bond for second degree murder after being arrested again last year. Onsight Deeda was targeted by an overzealous detective trying to make a name for himself because of his high profile status. Even after multiple witnesses testified that he was trying to break up a fight and he didn’t have a gun he was still charged with murder for being a good Samaritan. Putting this in his rearview he is staying focused on his goals to give his fans what they want.
Now a free man with the drama behind him, Onsight Deeda has assembled a cult-like fan base. Racking up thousands of YouTube views for music videos “Welcome Home” and “I’m A Gangster,” he has organically grown loyal grassroots followers. “The people around my way and surrounding areas know me ” Onsight Deeda explains. ,” Onsight Deeda reveals.. I’m just telling my story. My music is me. It’s arrogant, and it’s confident.” Once this trend setting trailblazer is unleashed upon the world things will never be the same. There is a lesson to be learned, one wrong decision by Onsight Deeda and this story could have ended tragically, instead Onsight Deeda is proving to the world that circumstances are temporary, you can always change your life for the better.
His latest single “Shots Fired” has garnered the attention of some of the most discerning listeners and his fanbase is continuing to grow! Be on the look out for his upcoming hit single “Had Nothing” to drop!

Be A Part Of The Movement: