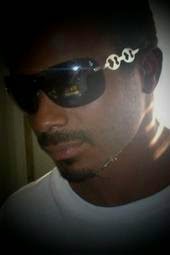 The producer out of Lima, Ohio releases a statement in the return of the great +Missy Elliott. "I feel this is a big moment of the era of the 90's. Missy was one of my favorite artist while living on the roads of Minnesota. She gave me motivation, then came back with hit songs like "Get Your Freak On."
Katy Perry and artist Missy Elliott perform onstage during the Pepsi Super Bowl XLIX. When asked about it, Gansta Marcus had this to say: The performance was huge, its was the bigining of a whole new life for Missy. This opened up a complete door for her and gave her a new platform to shine. Missy Elliott stole the show during halftime of last night's Super Bowl!"
Melissa Arnette "Missy" Elliott is an American singer, songwriter, rapper, and record producer. Her first major success came as a songwriter with childhood friend and producer Timbaland. Gansta Marcus then wanted to speak on the name +TimbalandVEVO and had this to say! Timbaland was one of the greatest producers of his time. When he dropped a hit, he really dropped a hit that no-one could compete with. If this man touched your song, the he created life to it."
When asked should +Missy Elliott return to the music industry, Gansta Marcus made this responce: "She should go off, even if its for one last album. I know she done built up some momentum during her time off give give her new crowd a great piece of work. Welcome back! and Thank You +Katy Perry for this unforgetable moment."