The concept of the game was developed exclusively for Virtual Reality. DEAD MOON is available for Oculus Rift and HTC VIVE. The game captures an advanced combination of movement techniques with intuitive controls. Items can be touched, used, or destroyed for an even more intense feeling during the game. There are a lot of weapon types and a lot of different opponents. Each opponent has its own AI behaviour and its own unique fighting skills. Experience the fascinating moonscape and explore a dilapidated moon base with a lot of secret hideouts, impregnable hordes of opponents, and a sinister Sci-Fi setting.

It is the year 2393: You are an archaeologist. On your way back from a mission on Mars, you made a forced landing on Moon Phobos and found the forgotten outpost “Stickney 2”, which was abandoned 70 years ago. While trying to find a way to leave the moon alive, you find yourself fighting against massive waves of monsters there. The bloodthirstiness of the monsters is everywhere, whether you are in the abandoned space station or on the moon’s surface.

You can choose between a combination of stationary, roomscale, walking (motion controller direction movement), and teleportation for movement at anytime. Thus, a separation between line of sight, shooting direction and direction of movement is provided. We call it separated view, shot, direction (SVSD) locomotion. With the help of SVSD, motion sickness gets reduced to a minimum and a fluid movement is provided. The walking speed is from slowest to fastest continuously adjustable!

The enhanced SVSD system supports free locomotion via thumbstick (Rift) and thumbpad (Vive). You can control the walking direction completely via thumbstick and
thumbpad. 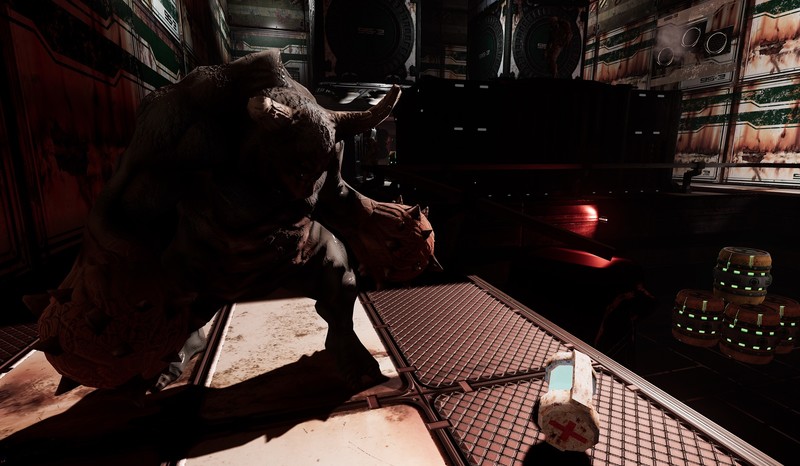 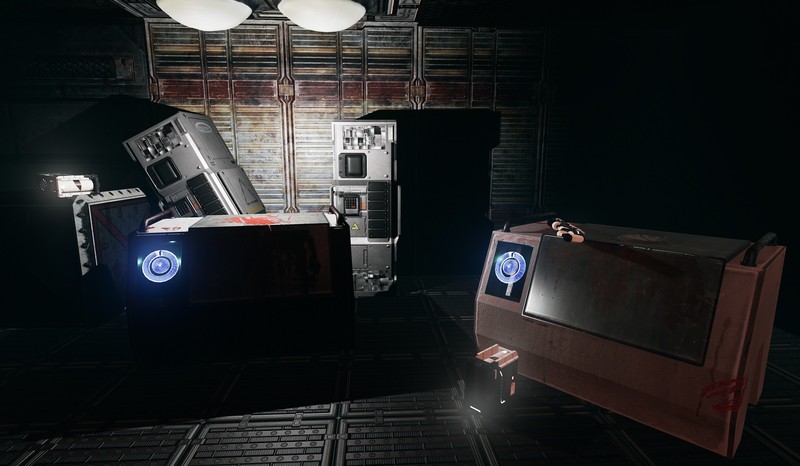 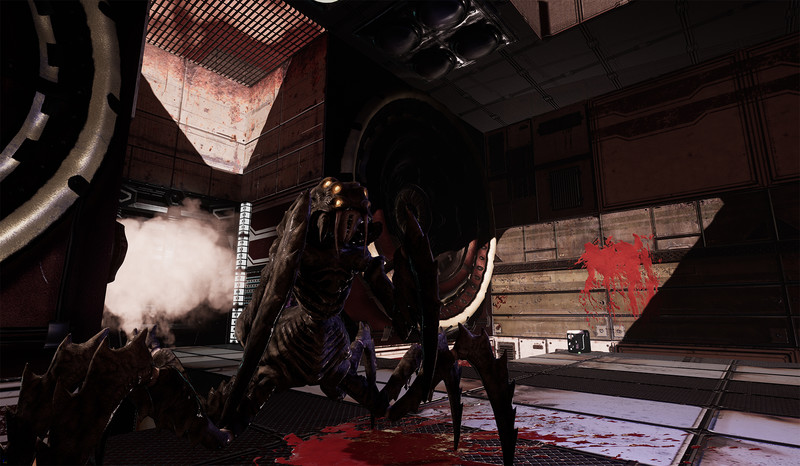 Not bad, but it's a simple shooter without any storyline. It's always hard to comment on a game that's still in development but here's what I think of it so far:

- The sound isn't very good.
- Movement isn't pleasant (with the Touch controllers), especially because it's very hard to go backwards.
- Level design is quite repetitive\/ Phobos sky doesn't look right.
- Only goal is to find keycards to open doors.
- Could use (a lot) more 'atmospheric' lighting, sounds and textures.

Because I can sympathize with the initiative of this game I'll recommend it, but don't expect a marvelous game when you download it. Let's hope it gets better!. I want to like this game as it looks like it was doom inspired, unfortunately the controls are way too awkward for me. I constantly stumble over his point and press x button to walk idea and is quite immersion breaking for me.

**EDIT:
The traditional locomotion update made the game a lot more immersive. The way to control your speed while pointing, still feels a little unresponsive at times but I would like to see how that evolves. Using the joystick to move and straf feels much much better.. So I will start off trying to give you a better idea of how this game plays. It plays a lot like Quake or Doom. You advance through the corridor type levels and find the key cards to advance. Every new room leads to more monsters. They swarm you relentlessly. There are a few different types of weapons. The starting weapon is the pistol which has unlimited refills, after every 10 rounds it automatically reloads which takes a few seconds. All the other weapons need to be refilled by ammo pick ups.

You are given a few different options for movement. You have your standard teleportation. Be careful, being in early access you are able to teleport through walls. This will sometimes lead you outside the map or straight into the middle of a monster mash. The second and third option are controlled with a button on your gun hand or empty hand. Pressing the move button on your gun hand moves you where the gun is pointing. Pushing the move button on your empty hand moves where that hand is pointing. I'm playing on Touch so I really want to see an option for simple joystick movement. It is extremely difficult to strafe as it is currently and that will be important going forward as some of the monsters shoot at you. I can't stress this enough devs, please add joystick\/trackpad movement(think pavlov or onward). We need a tight movement system to bring out this games potential because it wants to be faster paced than I'm able to move.

A few things that need fixing. Ammo pickups are cartoonishly large. Also it was very difficult to tell which ammo or shields I was picking up.

At the start of every level I had to teleport once to get to the proper height for my person.

If you change the movement system you can allow the free hand to be used as a second hand to hold your weapon. It will makes the use of all weapons besides the pistol feel a lot better. It's very strange shooting a shotgun and assault rifle with one hand.

I like where this game is headed. Adding the joystick\/touchpad movement will double the appeal of this game. I recommend picking this up if you like classic shooters and would like to help the devs get this thing polished up real nice.. This game is great!!! You learn the control quick and anyone can play (great game to throw friends on). I know it is still in early access but the developers have a wonderful foundation, and lots of content already. This game is a mixture of syfy, aliens, and FPS shooting. There are some things that could be improved but I highly recommend this to anyone. 9\/10

Pros:
- Fast paced movement speed reminds me of retro games like doom.....LOVE IT!!!!
- Plenty of weapons to pick from, and quickly in the heat of battle
- Good varitey of enemies
- Gore!!
- Graphics are pretty good.....easy on the eyes
- Multiple "Episodes" to play and each has multiple levels with a boss at the end

Cons:
- OMG the door closing in my face!!!!! Please make the doors stay open if I am standing near\/under them.
- During my play though it was a 10% chance if the health I picked up actually gave me any health. The other 90% of the time it did nothing.
- Lack of "atmostphere" sounds. I mostly just heard enemy footsteps. Went through the trouble of building four campaigns, and that is admirable. I'm only a little bit in, but there are glaring flaws. The weapons don't do enough damage. The projectiles that the enemies hurl at you look dumb, what is scary about a blue bubble? Why is there no menu? I might want to tweak my settings. Snap turn sucks, please include smooth turn. I like how lowering your weapons makes you move faster, you want more precision when you bring them up to aim. Use the sticks for teleport and allow rotation so you face the way you want. These are all becoming standards, you do these things and this game can become very popular. A doom style throwback would be welcome in a landscape full of wave shooters and puzzle games. Fix these things I promise you a thumbs up. Oh and people will actually talk about and buy your game.