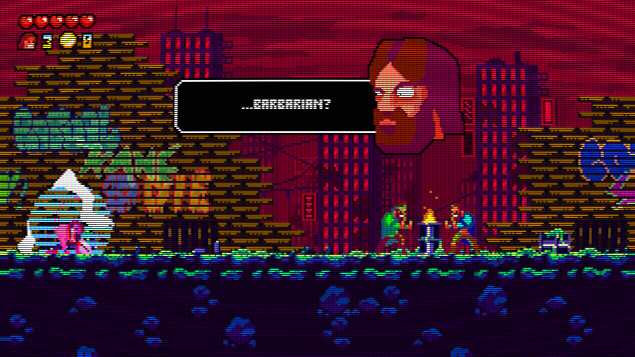 Cybarian The Tme Travelling Warrior is a classically inspired arcade action game, with a mixture of modern and retro gaming tropes.

The game is an amalgamation of old school 2d platformers and side scrolling beat em’ ups. 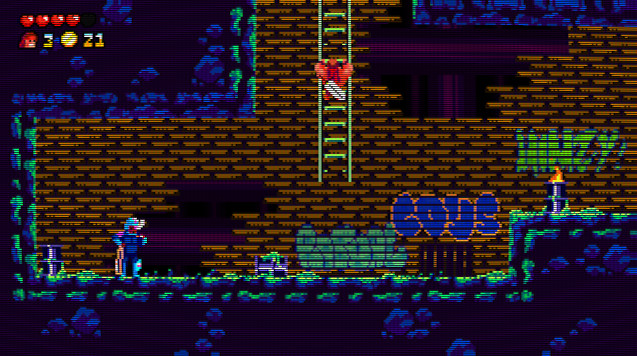 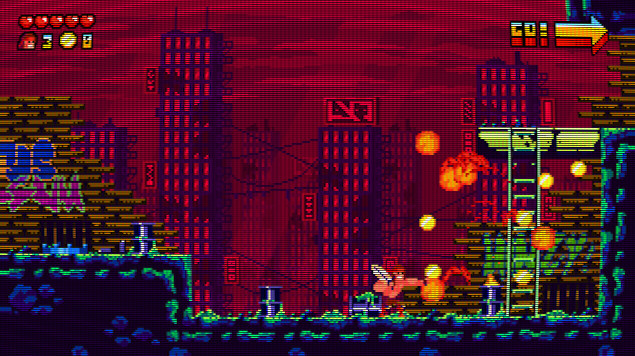 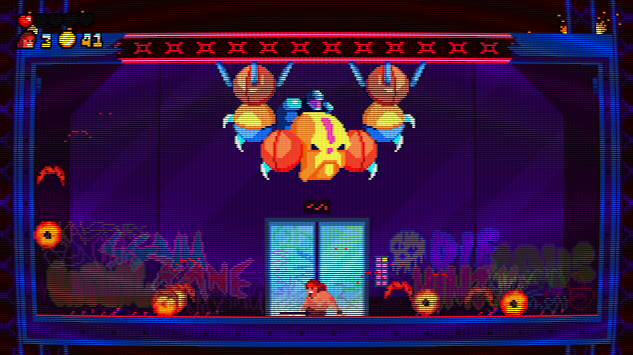 Cute look, but clunky controls and really awkward timing for the combo.. Introduction<\/b>:

I tend to love games like this, anything in the neighborhood of a hack n slash or RPG with an old-school feel to it. In fact, I'd had this on my wishlist for a while, so when I saw it on sale for $2.99, I snagged it up and settled in for a little "me time" at the computer. Unfortunately, I was underwhelmed and disappointed.

Graphically, WYSIWYG, or rather, "what you expect is what you get." I've got no complaints there, except to remind the developers that there is a very fine line between retro and illegible. Borders and shapes can still be clearly defined without losing the campy feel. I felt that this line was pushed a bit too far in the wrong direction here. I do like the grungy, back-alley artistic style, however.

In regard to audio, I didn't hear anything that I didn't expect, nothing aggravating, distracting or on the other hand, pleasantly surprising, either.

The control scheme is where Cybarian lost me entirely. It's simplistic, too simplistic, with only the jump and attack button to begin with. I later obtained the roll\/dodge ability, and the final ability is to throw your sword, like a ranged attack. I can easily get on board with simple, when it's done correctly, but the controls just weren't as responsive as they needed to be. I often slid into obstacles or enemies when I didn't intend to, and there is a definite delay between one attack and the next, meaning that you can get pummeled during and immediately following the animation. I learned very quickly that timing is essential, but getting that down only helps so much unless the controls are super responsive, like fast-twitch muscle response, and this game lacks in that department.

In regard to gameplay, the ability to remap controls, toggle checkpoints on and off, and choose degrees of difficulty were notably absent from the menu options, making this a game that requires a long-term single-sitting time commitment. Stages do not contain checkpoints, and there are no health drops from destructibles or enemies. You do have the option of using game coins to buy a "heart" and replenish a small amount of health at a vending machine during the level. However, the only other opportunity to increase health is a slot machine game at the end of a stage, and I've yet to win one of those.

When you complete a lengthy stage, you don't need to repeat it; however, if you quit the game and return later, you're back to the very beginning. It's unlikely that the average gamer is going to want to return to this game knowing that it's necessary to repeat it in its entirety, and that alienates the typical casual gaming audience as well as those who play in short increments due to necessity or preference.

Overall, I can't recommend it. In regard to gameplay, I would be inclined to recommend it for a very specific audience, one who prefers a tougher challenge, doesn't mind repetition, and can commit the time for a complete playthrough in a single sitting. However, because the controls didn't respond like they should, I have to go with the "not recommended" score for now. As always, I invite the developers to contact me for a revised review when these issues have been resolved.

...because GamersRule. I would really like to play this game to completion because it's gorgeous-looking and fun, but I am uncomfortable paying money for a game that uses sound effects blatantly stolen from other games and I think you should be, too. (Gunstar Heroes in particular--well, at least the devs have great taste.) I am returning it.