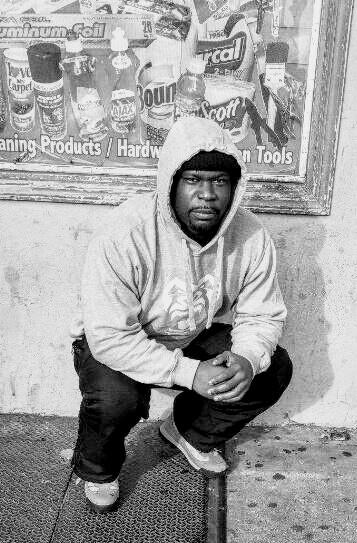 New Jersey has a new promising prospect in the field of music by the name of "BANE". During the controversial Reagan era, BANE was born September of 1981 in Jersey City, NJ as Joseph Lee, so understanding completely what it means to hustle hard and out perform competitors is an understatement. Because NJ owns the title of having the most people per capita in the world, cities there have a greater chance of either witnessing the crimes, committing them, or becoming victims, so to hear BANE rhyme, you practically feel the tention of his upbringing within his music. BANE started establishing himself as a serious talent a little over three years ago and so far, the streets are labeling him as the next to blow up. Influences growing up were the WU-TANG CLAN, LOW CASH & THE SHADY BUNCH, MOBB DEEP,  and METHOD MAN and now it's 50 CENT, FUTURE, MONEYBAGG YO, YO GOTTI and of course D-BLOCK. He's opened up shows for Dave East and Graf, but BANE has a whole campaign in the making that will gain him international visibility and by the looks of things, his life story is sure to inspire a broad fanbase as well as those whose traveling the walks of his experiences. Between being inconcerated and harsh realites of hands-on street life, the worst is now behind BANE and securing a bright future that benefits others is the main objective. Stay tuned to how this certified street mogul expands his brand with collaborations, new shows and mixtapes, community events and a ton of exclusive video content. A shift is taking place within the music industry and it would be wise to place all bets on BANE!