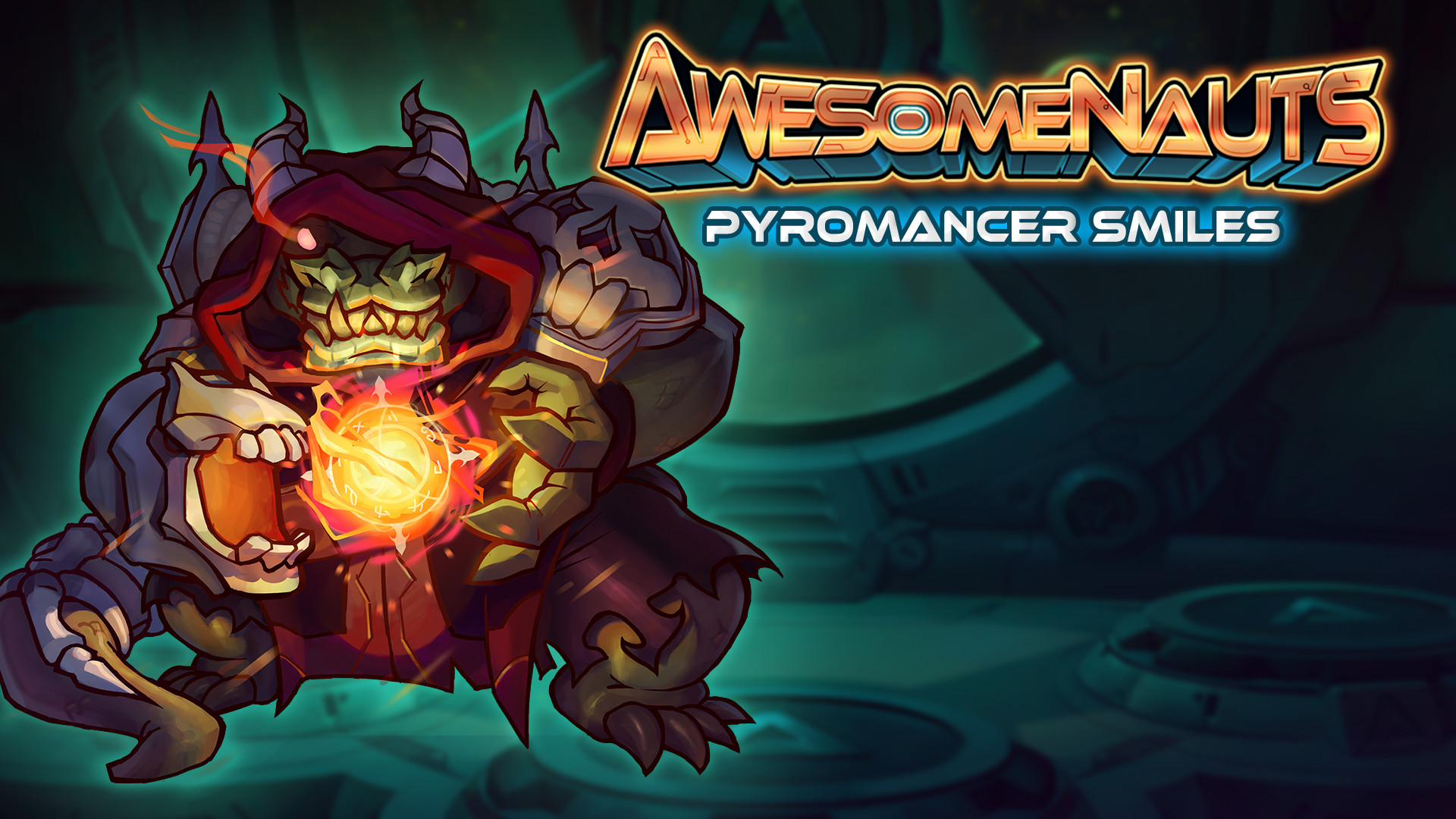 Some crocodiles just want to watch the world burn. Pyromancer Smiles won't settle for that. He has peered into the flames and had visions of him setting all of creation ablaze! He's left the (now scorched) swamps of Ribbit II on a quest to fulfill this dark destiny, and stowed away on the Awesomenauts vessel to visit distant worlds. What's left standing after a battle is incinerated by the Pyromancer, until only ash remains.

He's dark, he's angry, and he's armed with a flamethrower. Don't cross Pyromancer Smiles as he'll burn you to a crisp! The Flames command it!

This DLC contains a custom skin for Smiles in Awesomenauts. You need to have Smiles available as a playable character in order to access the skin in-game. Owning this skin will also unlock the special portrait for use in-game. This skin contains a fully customized voice set. 7ad7b8b382 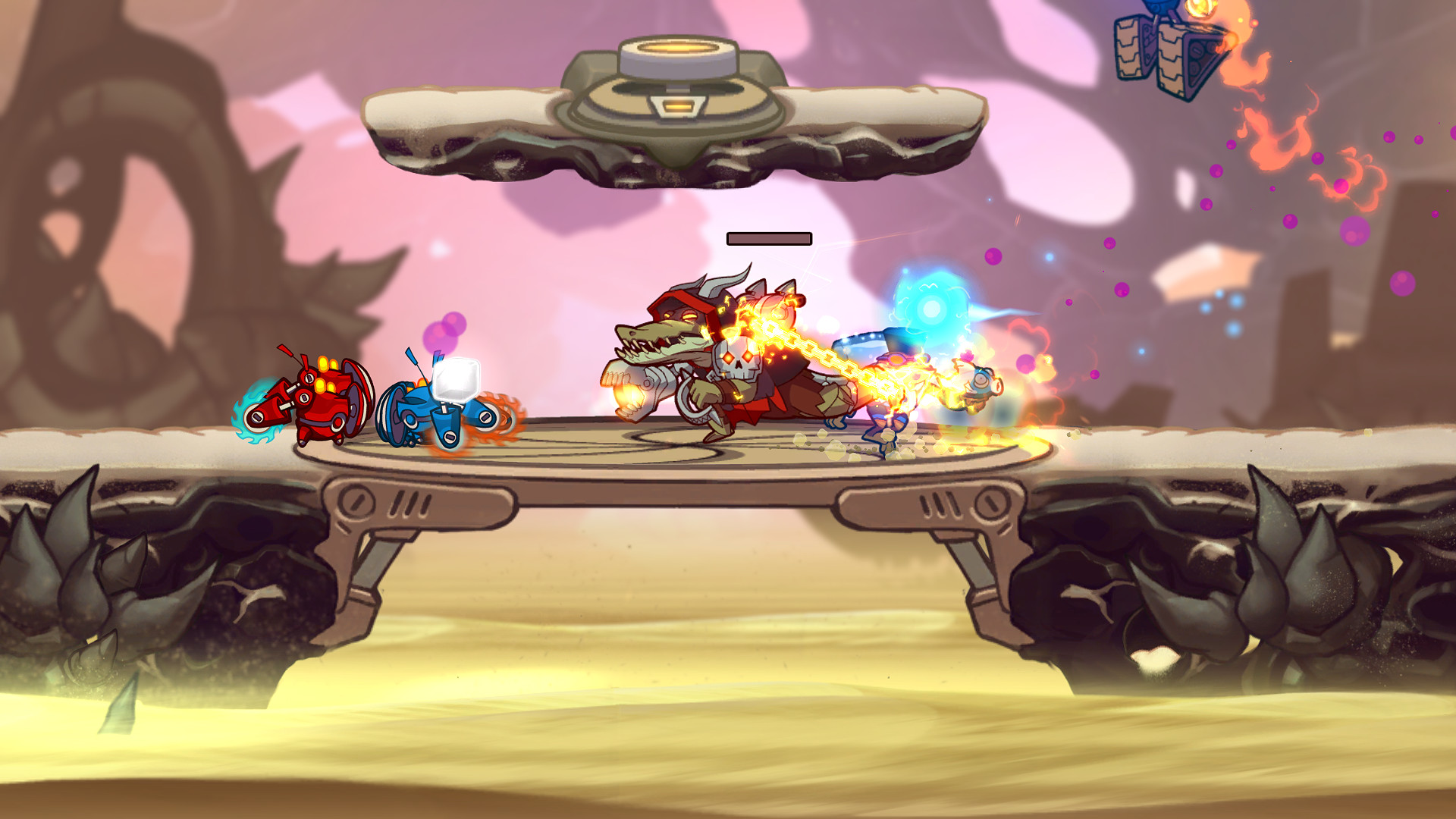 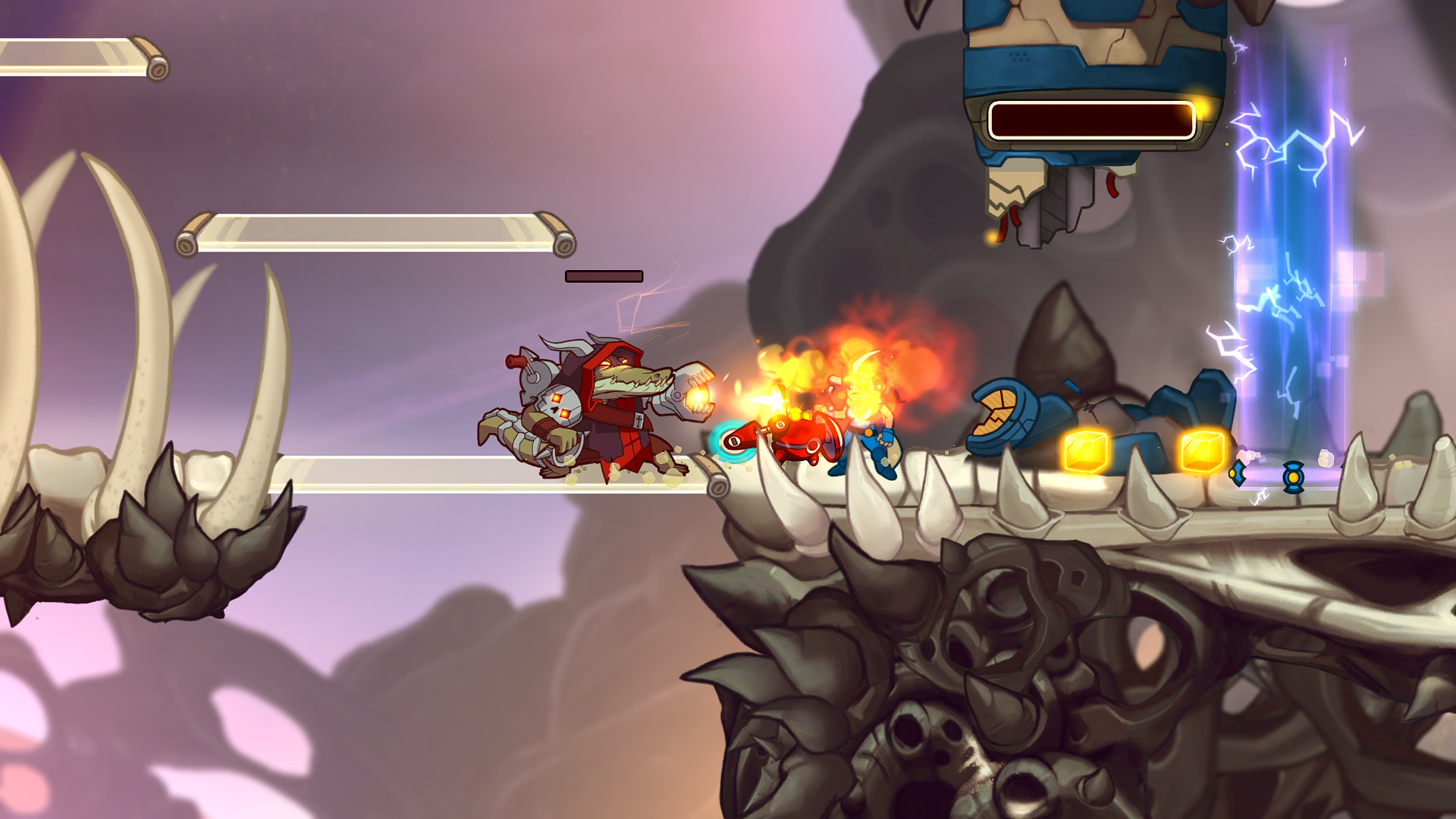 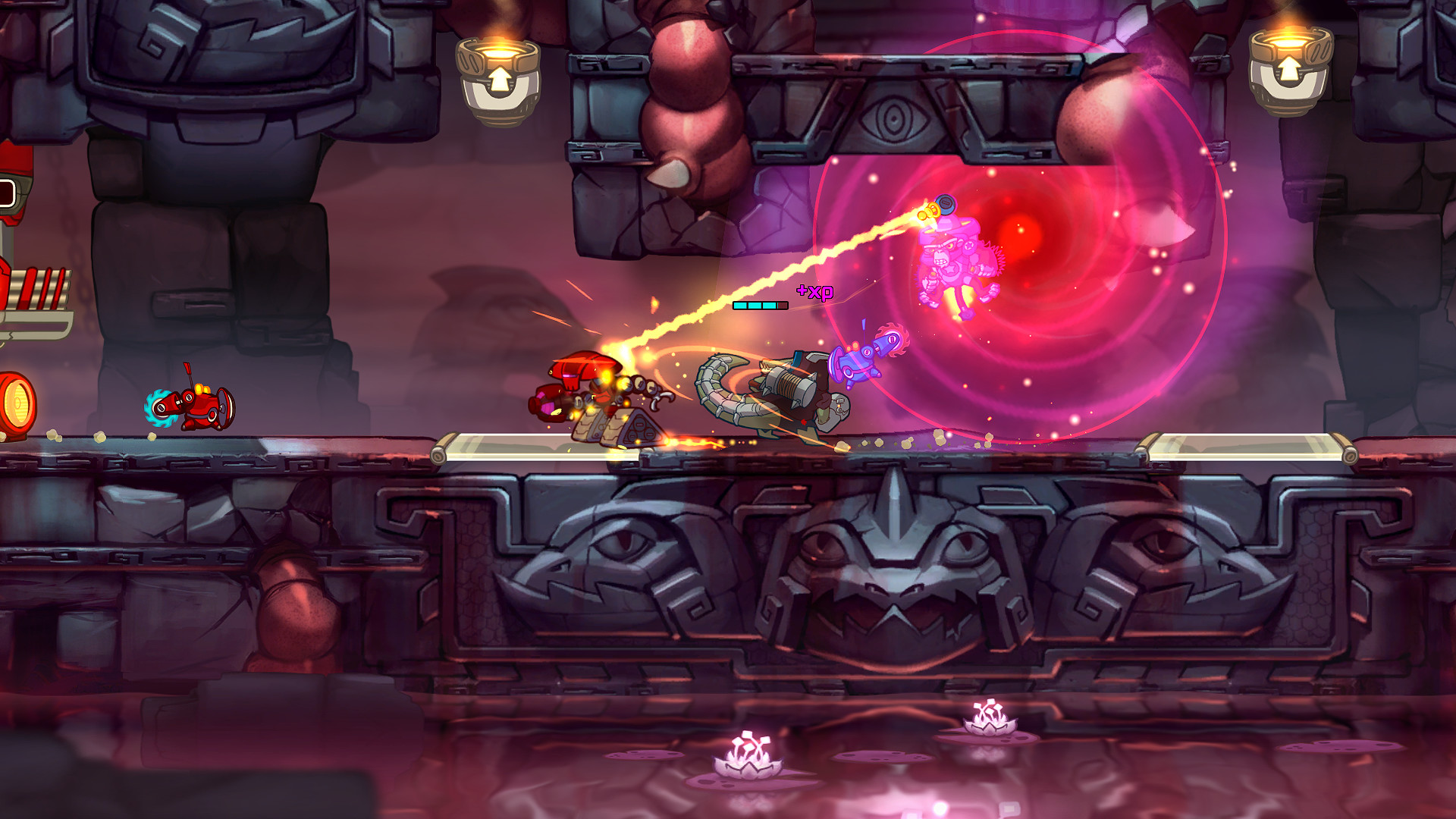