Mizeyesis
I'm a dj that spins Jungle, Drum & Bass, House & Dubstep.  I've been spinning for 10 years, and gigging SERIOUSLY for 8 years, in addition to throwing my own events and so much more. Music is my life.  I live for it.  My sound vibrates on a different frequency than most would expect, which is a reflection of my soul.  Music is the message, and I am a slave to it.

LISTEN TO MIZEYESIS
Listen to mixtapes here, you can download them as well or visit on Soundcloud

Here are some various video clips of me out and about spinning... jungle, dnb, dubstep.  There are more clips on my youtube page (http://www.youtube.com/mizeyesis or you can start the 21 clip playlist by clicking here) however, you can see them here for now.

Since 2004, Mizeyesis has made her mark on Eastern US EDM (Electronic Dance Music) circuit. As a child she always had a passion for music, dance and art as it was a means to express herself and promote growth.

Attending specialized schools during her childhood which focused on artistic development of all sorts, even at one time in her life, Mizeyesis pursued a career in dance and studied with Alvin Ailey (NYC), Brooklyn Music School (NYC), Hartford Conservatory (CT), Greater Hartford Academy for the Arts (CT), Hartford City Ballet (CT) and other prestigious dance and arts schools in the Northeastern United States. Not to mention her background in being educated and experimenting in all forms of music, visual art, music theory and art history.

In the progression of her life, it was only natural for her to fall into realm of the growing US EDM scene in the 90's, for her the music, the visuals, the excitement of it all was the sort of stimulation that she needed. It accumulated all aspects of artistic expression into one, and she is all about expression.

In 2000 after injuries and taking a break from any sort of artistic expression, it was finally in two years later 2002 that she purchased her first pair of decks, loving the fresh melodies and complex breaks of jungle, she went to work. Slowly gaining recognition by playing at many house parties in the Greater Hartford Area between 2003 it was in early 2004 she was approached by Dj Mighty Mouse to play her first formal gig in July 2004 at the legendary Municipal Cafe in Hartford for 100% High Octane. She received rave reviews for her debut set thus quickly becoming a dj with constant bookings for her unique sound and bold stage presence.

It was after that experience, in August of 2004 that another chance encounter with another fellow D+B dj in the area, Torrential would lead to a musical revolution in the City of Hartford. And this revolution was a monthly called THRESHOLD, in which dj's, artists, mc's, musician and breakbeat enthusiasts could have a place to call home in Connecticut which wasn't know for such things at the time. Today, THRESHOLD Sound is still eldered by Mizeyesis and Torrential with an additional 20 individuals that make up this collective of outstanding people all with a passion to keep the flame for this music alive collaboratively and within their own personal endeavors. THRESHOLD is now known in New England and the Northeast for outstanding performances and shows which she has a hand in preparing in addition her own dj career. She's always believed that everyone deserves a chance to get heard, and the growth to her own area with Electronic Music was also important.

In addition to being co-creator and resident of THRESHOLD related events, Mizeyesis has gone on to become a member of Awake Productions based out of Connecticut, DNBC and Basscamp Recordings based out of New York. In addition to being known for spinning and supporting jungle, drum and bass, you can catch her dropping dubstep, grime, uk funky, house, breakbeats, dub and other sounds associated with her love of breakbeat & bass culture.

2011 saw Mizeyesis reach new heights as she joined Hipstep Massive LLC, a chapter of Zulu Nation spearheaded by TC Izlam who's mission is to educate mainstream pop culture on the origins and true cultures of electronic dance music in association with hip hop. Beginning in November, Mizeyesis will have her own radio show on the world renowned Jungletrain.net entitled "The Aural Report" which is a 2 hour show featuring guest dj's, old & new jungle sounds from known, unknown and upcoming producers & artists, adding her to an impressive roster of jungle and D&B dedicated djs from allover the world. In the summer of 2011, She was also the only D&B dj requested by Wu Tang Clan's dj's faction to submit a mix for a 24 hour internet broadcast on Wu Tang Radio (www.wutangradio.com), featuring sounds from dj's all over the world and hopes to work with them more in the future. She also joined drum & bass producer Senses (Inperspective, Metalheadz, Bassbin, Horizon's Music - UK) on his East Coast 2011 tour & was one of few D&B dj's requested to play at sold out events such as DubNation (featuring Doctor P & Flux Pavilion) and Zed's Dead. This fall, she shall be joining forces with MC Elijah Divine who is affiliated with the new Wu Tang faction, Students of Shaolin on his Divine Intervention tour scheduled to begin in Nov 2011, and the legendary TC Izlam for a few tour dates on his Fall East Coast 2011 tour. Locally, Mizeyesis has been added as a resident to an incredible roster of local dj's in Hartford at the Tuesday night weekly called, Twisted Tuesdays at Mad Dawg's in the city's Downtown area where you can catch her spinning D&B and other genres on occasion. In 2012, Mizeyesis hopes to reach even higher levels and embark on a few serious tours herself adding more to her already intensely driven dj career.

How is everything with you, I picked interest on you after going through your short profile and deemed it necessary to write you immediately. I have something very vital to disclose to you, but I found it difficult to express myself here, since it's a public site.Could you please get back to me on:( mrsstellakwale588@gmail.com ) for the full details.

Have a nice day 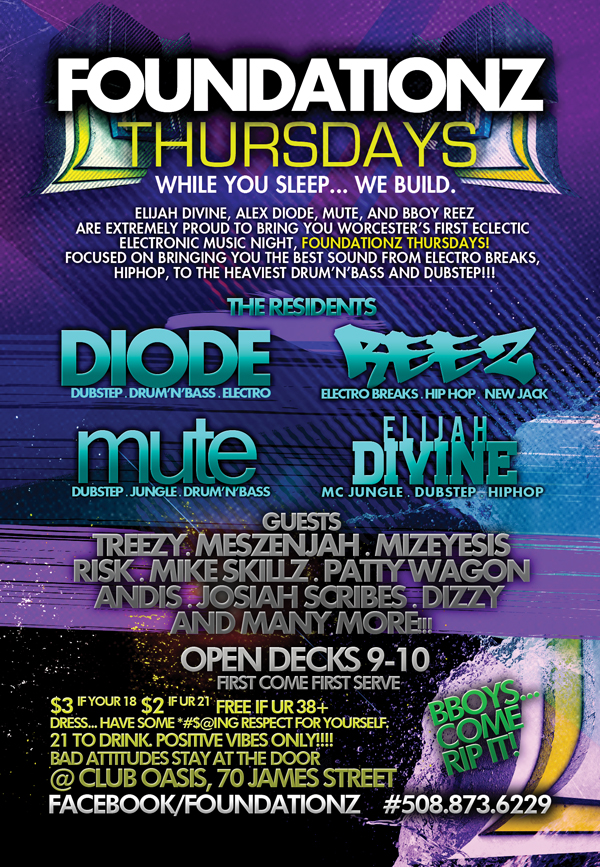